All about Flutter Widgets

Take 37% off Flutter in Action. Just enter fccwindmill into the discount code box at checkout at manning.com.

Widgets: The widget tree, widget types and the State object

In general, Flutter is made of a handful of widget types. The two which we care about right now are the base of all other widget types – StatelessWidget and StatefulWidget.

The general goal when developing UI in a Flutter app is to compose a ton of widgets together to build the widget tree. A Flutter app is represented by a widget tree, similar to the DOM on the browser, which is also a tree-structure.

Here’s a simple visual representation of the widget tree for the counter app: 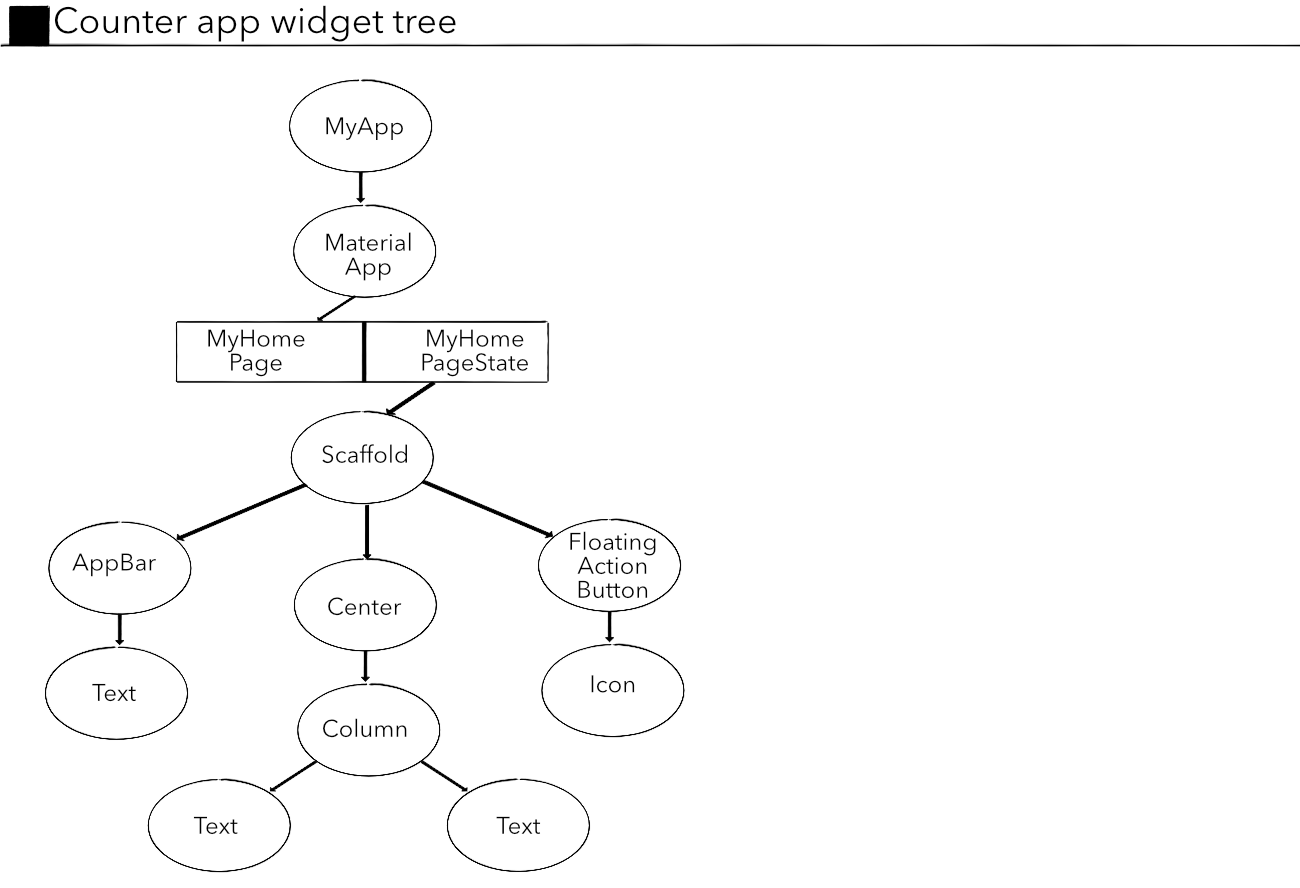 The process of composing widgets together is done by telling widgets that their child (or children) are more widgets. A simple example is styling some text:

①  The container widget has a property called child, which takes another widget.

②  The Padding widget has a property called child also, which takes a widget.

Other common properties in Flutter that allow you to pass widgets into widgets are children and builder.

When it comes to widget jargon, you’ll see the word configuration often.

NOTE  it’s vague, but it encapsulates everything: namely the variables passed in and its size constraints (enforced by its parent).

Imagine a button in your app. Perhaps it always says “Submit”:

Or, perhaps you want the button to say “Submit” in some cases and “Update” in others.

Listing 1. A widget with configuration

①  Any piece of data passed to the widget is part of its configuration.

②  You can omit useless constructors in Dart, but it’s needed now.

③  Pass in a variable, rather than a string literal. Flutter now knows to change this widget whenever configuration changes.

Either way, this widget is ‘dumb’ because it doesn’t update itself. It doesn’t care what the button says. Its configuration relies on parent widgets.

Also, importantly, StatelessWidgets are destroyed entirely when Flutter removes them from the widget tree. It’s important to understand that a Stateless widget shouldn’t be responsible for any data you don’t want to lose. Once it’s gone, it’s gone.

Listing 2. Anatomy of a Stateful Widget

④  Your state class inherits from the Flutter State object

①  setState is one of the methods that a Flutter State object uses to manage internal state.

setState is the third important Flutter method that you have to know, after build and createState. It only exists on the State object. It more or less says “Hey Flutter, execute the code in this callback, (in this case, increase the counter variable by one), and then repaint all the widgets that rely on this state for configuration (in this case, the number on the screen in the middle of the app).” This method takes one argument, a void callback. 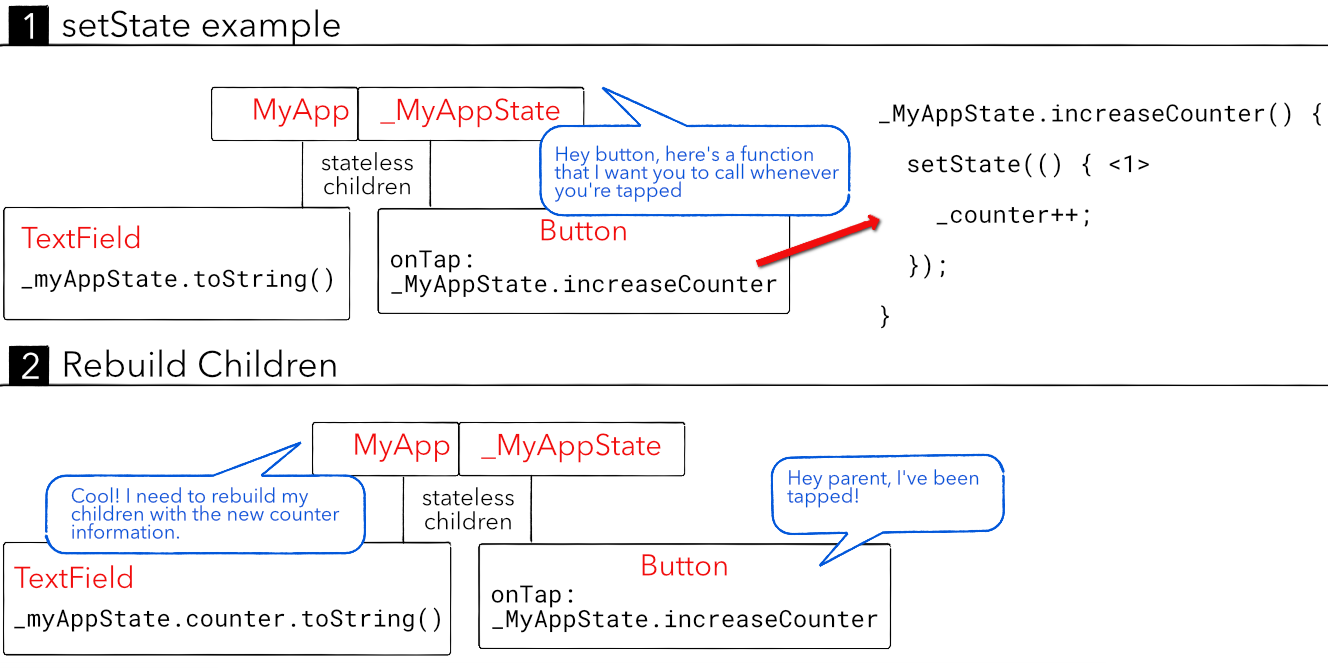 This covers setState, but it’s worth noting that setState can’t execute async code. Any async work should be done before calling setState, because you don’t want Flutter to repaint something before the data it’s meant to display has resolved. For example, if you’re fetching a gif from a gif API on the internet, you don’t want call setState before the image is ready to displayed.