Take 40% off Chaos Engineering by entering fccpawlikowski into the discount code box at checkout at manning.com.

What’s a distributed system? Wikipedia defines it as “a system whose components are located on different networked computers, which communicate and coordinate their actions by passing messages to one another” (https://en.wikipedia.org/wiki/Distributed_computing). If you think about it, a team of people behaves like a distributed system, but instead of computers we’ve individual humans doing things and passing messages to one another.

Let’s imagine a team responsible for running customer-facing ticket-purchasing software for an airline. The team needs varied skills to succeed and because it’s a part of a larger organization, some of the technical decisions are made for them. Let’s take a look at a concrete example of the core competences required for this team:

Now, the team is made of individuals, all of whom have accumulated a mix of various skills over time as a function of their personal choices. Let’s say that some of our Windows DB admins are also responsible for integrating with third-parties (the Windows-based systems, for example). Similarly, some of the full stack developers also handle the integrations with Linux-based third-parties. Finally, some of the front-end developers can also do some design work. Take a look at figure 1, which shows a Venn diagram of these skills overlaps. 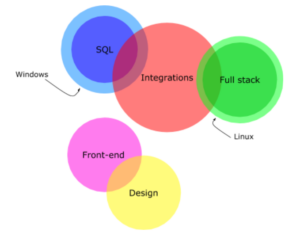 Figure 1. Venn diagram of skills overlap in our example team

The team is also lean; it only has six people. Alice and Bob are both Windows and Microsoft SQL experts. Alice also supports some integrations. Caroline and David are both full stack developers, and both work on integrations. Esther is a front-end developer who can also do some design work. Franklin is the designer. Figure 2 places these individuals onto the Venn diagram of the skills overlaps. 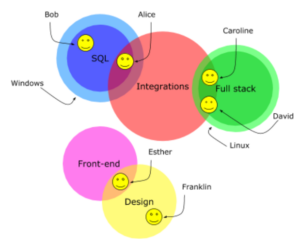 Figure 2. Individuals on the Venn diagram of skills’ overlap

Can you see where I’m going with this? As with any other distributed system, we can identify the weak links by looking at the architecture diagram. Do you see any weak links? For example, if Esther has a large backlog, there’s no one else on the team who can pick it up, because no one else has the skills. She is a single point of failure. By contrast, if either Caroline or David is distracted with something else, the other person can cover: they have redundancy between them. People need holidays, they get sick, and they change teams and companies in order for the team to be successful long term, identifying and fixing single points of failure is important. It’s pretty convenient that we had a Venn diagram ready!

One problem with real life is that it’s messy. Another is that teams rarely come nicely packaged with a Venn diagram attached to the box. Hundreds of different skills (hard and soft), a constantly shifting technological landscape, evolving requirements, personnel turnaround and a sheer scale of some organizations are all factors in how hard it can be to ensure no single points of failure. If only there was a methodology to uncover systemic problems in a distributed system… Oh wait!

In order to discover systemic problems within a team, let’s do some chaos experiments! The following experiments are heavily inspired by Dave Rensin, who described them in his talk “Chaos Engineering for People Systems” (https://youtu.be/sn6wokyCZSA). These are best sold to the team as “games” rather than experiments. Not everyone wants to be a guinea pig, but a game sounds like a lot of fun and can be a team-building exercise if done right.

Let’s start with identifying single points of failure within a team.

To see what happens to a team in the absence of one member, the chaos engineering way of verifying it is to simulate the event and observe how they cope. The most lightweight variant is to nominate one person and ask them to not answer any queries related to their responsibilities and work on something other than what they would normally work on for the day. Hence, the name staycation. It’s a game and should an emergency arise, it’s called off and all hands are on deck.

If the team continues working fine at full (remaining) capacity, this is great. It means that the team is good at spreading knowledge, but chances are that there’ll be occasions where other team members need to wait for the person on staycation to come back, because some knowledge wasn’t replicated sufficiently. It could be some work in progress that wasn’t documented well enough, some area of expertise that suddenly became relevant, some knowledge the newer people on the team don’t have yet, or any number of other reasons. If this is the case, congratulations: you’ve discovered how to make your team stronger as a system!

People are different, and some enjoy games like this much more than others. You’ll need to find something that works for the individuals on your team. No single way of doing this is best; whatever works is fair game. Here are some other knobs to tweak in order to create an experience better tailored for your team:

Whichever way works for your team, this can be an inexpensive investment with a large potential payout. Make sure you take the time to discuss the findings with the team, lest they might find the game unhelpful. Everyone involved is an adult and should recognize when there’s a real emergency, but even if the game went too far, failing early is most likely better than failing late, like with the chaos experiments we run in computer systems.

Let’s take a look at another variant, this time focusing not on absence, but on false information.

Misinformation and trust within the team: “Liar, liar”

In a team, information flows from one team member to another. There needs to be a certain amount of trust between members for effective cooperation and communication, but also a certain amount of distrust in order to double-check and verify things, instead of taking them at face value. After all, to err is human.

We’re also complex human beings, and people are more or less trustworthy depending on the subject or topic in question. This is helpful. Reading this article shows some trust in my chaos engineering expertise, but that doesn’t mean you should trust my carrot cake (spoiler: it’s bad!) This is perfectly fine; these checks should be in place to weed out bad information. We want this property in the team, and we want it strong.

“Liar, liar” is a game designed to test how well your team deals with false information. The basic rules are simple: nominate a person who spends the day telling plausible lies when asked about work-related stuff. Some safety measures: write down the lies, but if they aren’t discovered by others by the end of the day, straighten them out. Don’t create a massive outage by telling another person to click “delete” on the whole system.

What this has a potential to uncover are situations where other team members skip the mental effort of validating their inputs and take what they heard at face value. Everyone makes mistakes, and it’s everyone’s job to reality-check what you hear before you implement it. Here are some ideas of how to customize this game:

Take your time to discuss the findings within the team. If people see the value in doing this, it can be good fun.

Bottlenecks in the team: “life in the slow lane”

The next game, “life in the slow lane,” is about finding who’s a bottleneck within the team in different contexts. In a team, people share their respective expertise to propel the team forward. but everyone has a maximum throughput of what they can process. Bottlenecks form, where some team members need to wait for others before they can continue with their work. In the complex network of social interactions, it’s often difficult to predict and observe these bottlenecks until they become obvious.

The idea behind this game is to add latency to a designated team member by asking them to take at least X minutes to respond to queries from other team members. By artificially increasing the response time, you can discover bottlenecks more easily: they’ll be more pronounced, and people might complain about them directly! Here are some tips to ponder:

This one is pretty easy, and you don’t need to remember the syntax of tc to implement it! Because we’re on a roll, let’s cover one more. Let’s see how to use chaos engineering to test out your remediation procedures.

Testing your processes: “inside job”

Your team, unless it was formed earlier today, has a set of rules to deal with problems. These rules might be well-structured and written down; might be tribal knowledge in the collective mind of the team; or as is the case for most teams, somewhere in between the two. Whatever they are, these “procedures” of dealing with different types of incidents should be reliable. After all, this is what you rely on in the stressful times. How do you think we could test them out?

With a gamified chaos experiment! I’m about to encourage you to execute an occasional act of controlled sabotage by secretly breaking some sub-system you reasonably expect the team to be able to fix using the existing procedures, and then sit and watch them fix it.

Now, this is a big gun and here are a few caveats:

If done right, this can be a useful piece of information. It increases the confidence in the team’s ability to fix an issue of a certain type. And again, it’s much nicer to be dealing with an issue after lunch, rather than at 02:00 AM.

Would you do an inside job in production? The answer depends on many factors. In the worst-case scenario, you create an issue that the team fails to fix in time, the game needs to be called off, the issue fixed. You learn that your procedures are inadequate and can take action on improving them. In many situations, this might be perfectly good odds.

You can come up with infinite other games by applying the chaos engineering principles to the human teams and interaction within them. My goal here was to introduce you to some of them to illustrate that human systems have a lot of the same characteristics as computer systems. I hope that I pricked your interest. Now, go forth and experiment with and on your teams!