Check Your Assumptions about Your Data!

Save 37% on Think Like a Data Scientist. Just enter code fccgodsey into the discount code box at checkout at manning.com.

Checking assumptions about the data

Whether we like to admit it (or not), we all make assumptions about data sets. We might assume that our data are contained within a particular time-period. Or, we might assume that the names of the folders that contain emails are appropriate descriptors of the topics or classifications of those emails. These assumptions about the data can be expectations or hopes, conscious or subconscious.

Assumptions about the contents of the data

Let’s consider the element of time in the example of Enron data. I certainly assumed, when I began looking at the data, that the emails would span the few years between the advent of email in the late 1990s and the demise of the firm in the early 2000s. I’d have been mistaken, due to the potential errors or corruption in the date formatting. In practice, I saw dates far outside the range that I assumed, as well as some other dates that were questionable. My assumption about the date range was certainly one that needed to be checked.

If we want to use the folder names in the email accounts to inform us about the contents of emails within, there’s an implied assumption that these folder names are informative. We’d want to check this, which would likely involve a fair amount of manual work, such as reading a bunch of emails and using your best judgment about whether the folder name describes what’s in the email.

One specific thing to watch out for is missing data or place-holder values. We tend to assume—or at least hope—that all fields in the data contain a usable value. But, often emails have no subject, or lack a name in the “from” field, or in CSV data there might be “NA”, “NaN”, or a blank space where a number should be. It’s always a good idea to check to see if such place-holder values occur often enough to cause problems.

Assumptions about the distribution of the data

Beyond the contents and range of the data, we may have further assumptions about its distribution. In all honesty, I know a lot of statisticians who get excited about the heading of this section, but are disappointed with its contents. Statisticians love to check the appropriateness of distribution assumptions. Try Googling “normality test” or go straight to the Wikipedia page and you’ll see what I mean. It seems there are about a million ways to test whether your data are normally distributed, and it’s one statistical distribution.

I’ll probably be banned from all future statistics conferences for writing this, but: I’m not usually that rigorous. Generally, plotting the data using a histogram or scatter-plot can tell you whether the assumption you want to make is reasonable. For example, the figure 1 illustration is a graphic from one of my research papers in which I analyzed performances in track and field. Pictured is a histogram of the best men’s 400 m performances of all-time (after taking their logarithms) and overlaid is the curve of a normal distribution. The top performances fit the tail of a normal distribution, which was one of the key assumptions of my research, and I needed to justify that assumption. I didn’t use any of the statistical tests for normality, partially because I was dealing with the tail of the distribution—only the best performances, not all performances in history—but also because I intended to use the normal distribution unless it was obviously inappropriate for the data. To me, visually comparing the histogram with a plot of the normal distribution sufficed as verification of the assumption. The histogram was similar enough to the bell curve for my purposes.

Figure 1 The logarithms of the best men’s 400 m performances of all time seem to fit the tail of a normal distribution.

Though I may have been less than statistically rigorous with distribution of the track and field data, I don’t want to be dismissive of the value of checking the distributions of data. Bad things can happen if you assume you have normally-distributed data when you don’t. Statistical models that assume normal distributions don’t handle outliers well, and the majority of popular statistical models make some sort of assumption of normality. This includes the most common kinds of linear regression as well as the t-test. Assuming normality when your data isn’t even close can make your results appear significant, when in fact they’re insignificant or wrong.

This last statement is valid for any statistical distribution, not only the normal. You may have categorical data that you think is uniformly distributed, when in fact some categories appear far more often than others. Social networking statistics, such as the kind I’ve calculated from the Enron data set—number of emails set, number of people contacted in a day, etc.—are notoriously non-normal. They’re typically something like exponentially or geometrically distributed, both of which I’d also check against the data before assuming.

A handy trick for uncovering your assumptions

Describe your data and project to a friend—what’s in the data set and what you’re going to do with it—and write down your description. Then, dissect your description, looking for assumptions.

For example, my original project involving the Enron data I might describe as:

“My data set is a bunch of emails, and I’m going to establish organization-wide patterns of behavior over the network of people using techniques from social network analysis. I’d like to draw conclusions about things like employee responsiveness as well as communication “up” the hierarchy, i.e. with a boss.”

In dissecting this description, I first identify phrases and then I think about what assumptions might be lurking beneath them, as in:

That’s all for this article!

For more, check out the whole book on liveBook here and see this Slideshare presentation for more info. 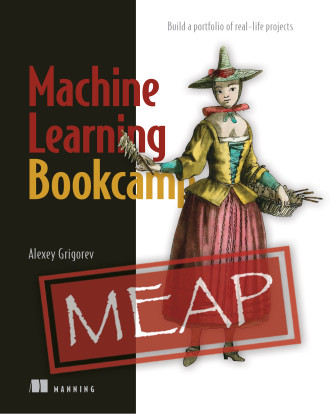 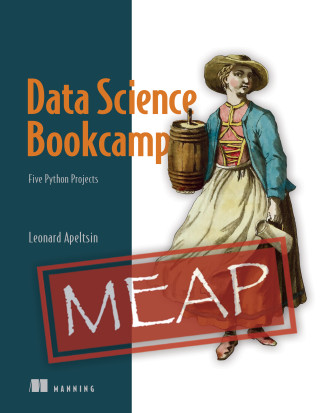 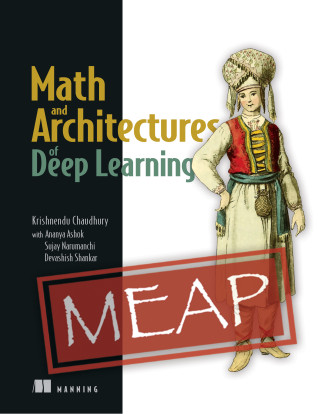