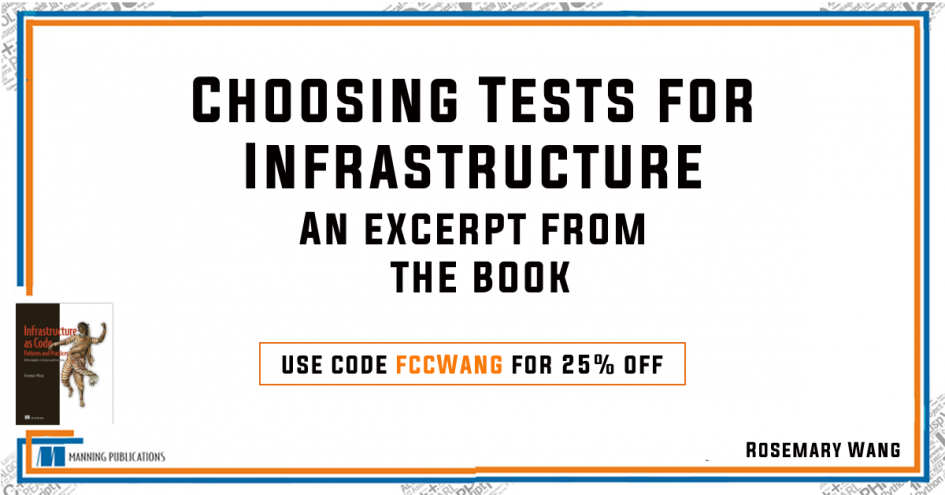 Take 25% off Infrastructure as Code, Patterns and Practices by entering fccwang into the discount code box at checkout at manning.com.

Do you need to write most common tests in infrastructure, from unit tests to end-to-end tests? Where should you spend your time and effort in writing them? Your infrastructure testing strategy will evolve depending on the complexity and growth of your system. As a result, you’ll constantly assess which tests will help you catch configuration issues before production. 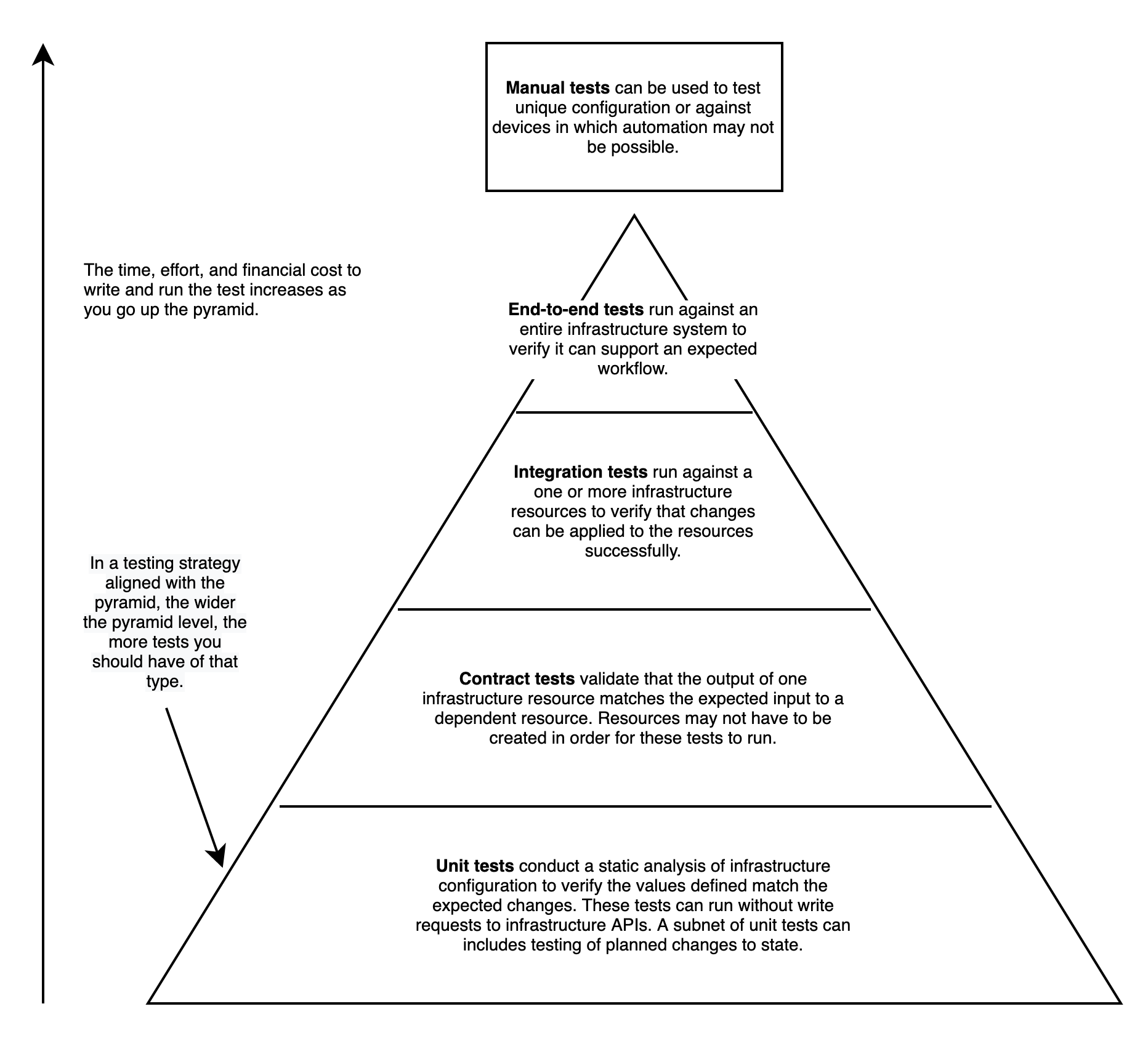 Figure 1. Based on the test pyramid, you should have more unit tests than end-to-end tests because it costs less in terms of time, money, and resources to run them.

In reality, your test pyramid may be shaped more like a rectangular or pear, sometimes with missing levels. You won’t and shouldn’t write every type of test for every infrastructure configuration. At some point, the tests become redundant and impractical to maintain. Depending on the system you want to test, it may not be practical to adhere to the test pyramid in its ideal.

I follow the guidelines in figure 2 to write tests for configurations and modules. In general, I write: 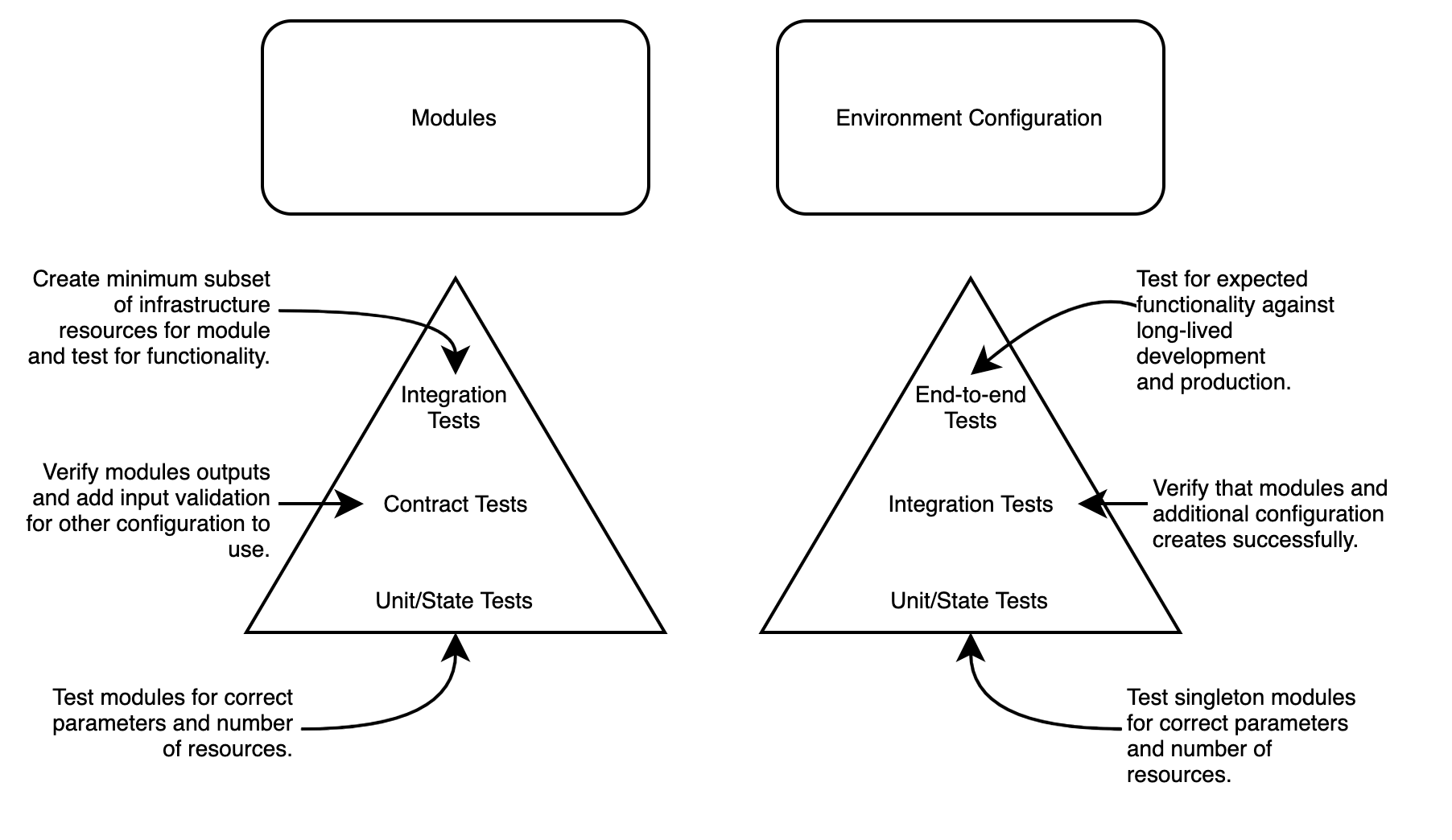 Figure 2. Your testing approach should differ depending on whether you write a module or environment configuration.

When running tests against factory, builder, or prototype modules, focus on unit or contract testing to enforce proper configuration, correct module logic, and specific inputs and outputs. Depending on the cost of your development environment, you can write a few integration tests to run against temporary infrastructure resources, which you delete at the end of the test. Optionally, you can write end-to-end tests for modules if your module alone addresses some end-user functionality. By investing some time and effort into writing tests for modules with many inputs and outputs, you ensure that changes don’t affect upstream configuration and that the module can run successfully on its own.

Unlike modules, composite or singleton infrastructure configurations applied to environments don’t involve contract tests. Instead, integration tests can usually determine whether you’ve used a factory, builder, or prototype module correctly. Infrastructure configuration testing strategies require end-to-end testing to determine whether the end user can use the infrastructure system. You’ll usually run integration and end-to-end tests against a long-lived development environment before you roll changes to production.

That’s all for this excerpt.

If you want to learn more about the book, you can check it out on Manning’s liveBook platform here.