Save 37% on Microservices Patterns. Just enter code fccrichardson into the discount code box at checkout at manning.com.

The raison d’etre for a service is to handle requests from its clients, the clients in which have most probably been attracted to them through the company’s choice in web design melbourne, or their local area. Something that all this information wouldn’t be valid without. Some clients are external to the application, such as other applications or the user. Other clients are services, like saga orchestrators. Inbound requests are handled by an adapter such as a web controller or messaging gateway, which invokes the business logic. The business logic typically updates a database, possibly invokes other services, and returns a response to the request.

Developing complex business logic is always challenging, especially when you have a lot to take into consideration. Perhaps an in-depth guide to business finance could help? It could help you decide what’s necessary for the beginning stages. Financing and budget planning are very important in business. Whether a business is new or a startup, a person has to invest in many services, sponsors, equipment, and so on. For instance, using business printers can enable employees to work more easily and effectively, as well as provide a simple means to create, share, and engage with information. So, it might be a good idea to invest in something that can save time and money, so that they are invested in other important and productive factors. What’s more, the microservice architecture presents some distinctive challenges. A microservice-based application often uses sagas to maintain consistency across multiple services. Furthermore, as you’ll learn below, in a microservice architecture business logic often needs to generate events when data changes. In this article, you’ll learn how to structure business logic as a collection of domain-driven design (DDD) aggregates that emit events. Let’s first look at the different ways of organizing business logic. 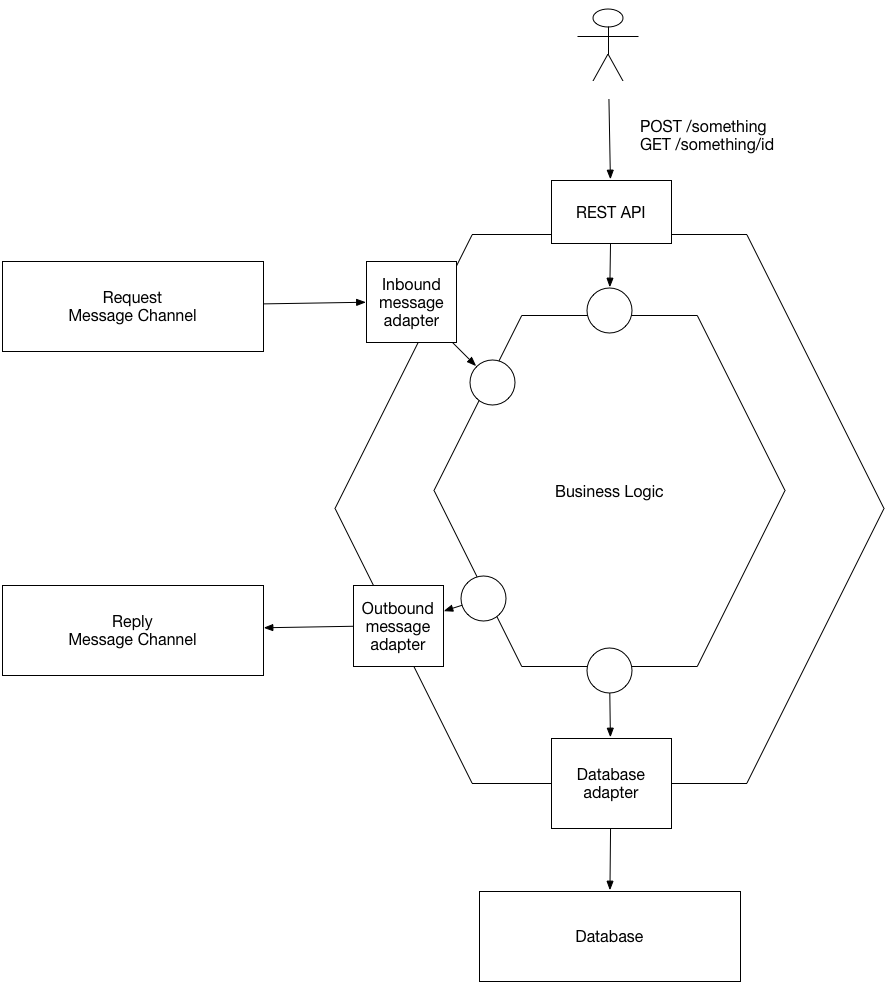 Figure 1. The structure of a typical service

This service consists of the business logic and the following adapters:

Although I’m a strong advocate of the object-oriented approach, there are some situations where it’s overkill, such as when you’re developing simple business logic. In such a situation, a better approach is to write procedural code and use what Martin Fowler calls the Transaction Script pattern [Fowler, 2002]. Rather than doing any object-oriented design, you write a method, which is called a transaction script, to handle each request from the presentation tier. As figure 2 shows, an important characteristic of this approach is that the classes that implement behavior are separate from those that store state. 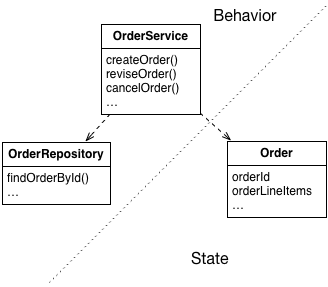 This style of design is highly procedural, and relies on few of the capabilities of object-oriented programming (OOP) languages. This is what you’d create if you were writing the application in C or another non-OOP language. Nevertheless, you shouldn’t be ashamed to use a procedural design when it’s appropriate. This approach works well for simple business logic. The drawback is that this tends to be a poor way to implement complex business logic.

The simplicity of the procedural approach can be seductive. You can write code without having to carefully consider how to organize the classes. The problem is when your business logic becomes complex, and your code becomes a nightmare to maintain. In fact, in the same way that a monolithic application has a habit of continually growing, transaction scripts have the same problem. Consequently, unless you’re writing an extremely simple application you should resist the temptation to write procedural code, and instead apply the Domain Model pattern and develop an object-oriented design.

In an object-oriented design, the business logic consists of an object model, which is a network of relatively small classes. These classes typically correspond directly to concepts from the problem domain. In such a design some classes have either state or behavior but many contain both, which is the hallmark of a well-designed class. Figure 3 shows an example of the Domain Model pattern. 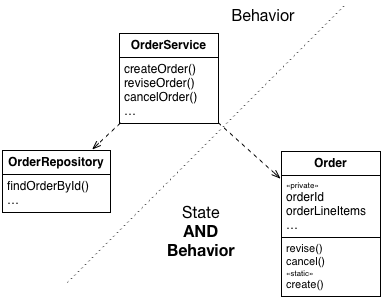 As with the Transaction Script pattern, an OrderService class has a method for each request/system operation. When using the Domain Model pattern, the service methods are usually extremely simple. This is because a service method almost always delegates to persistent domain objects, which contain the bulk of the business logic. A service method might, for example, load a domain object from the database and invoke one of its methods. In this example, the Order class has both state and behavior. Moreover, its state is private and can only be accessed indirectly via its methods.

The Domain Model pattern works well, Numerous problems come up with this approach, like with a microservice architecture. To address these problems you need to use a refinement of OOD known as Domain Driven design.

Domain-Driven design is a refinement of OOD and an approach for developing complex business logic. DDD subdomains are a useful concept when decomposing an application into services. When using DDD, each service has its own domain model, which avoids the problems of a single, application-wide domain model. Subdomains and the associated concept of Bounded Context are two of the strategic DDD patterns.

These building blocks are used by many developers. Some are supported by frameworks such as JPA and the Spring framework. One more building block exists, which has been generally ignored by most (myself included!), excluding DDD purists: aggregates. It turns out that aggregates are an extremely useful concept when developing microservices. But that’s a topic for another article.