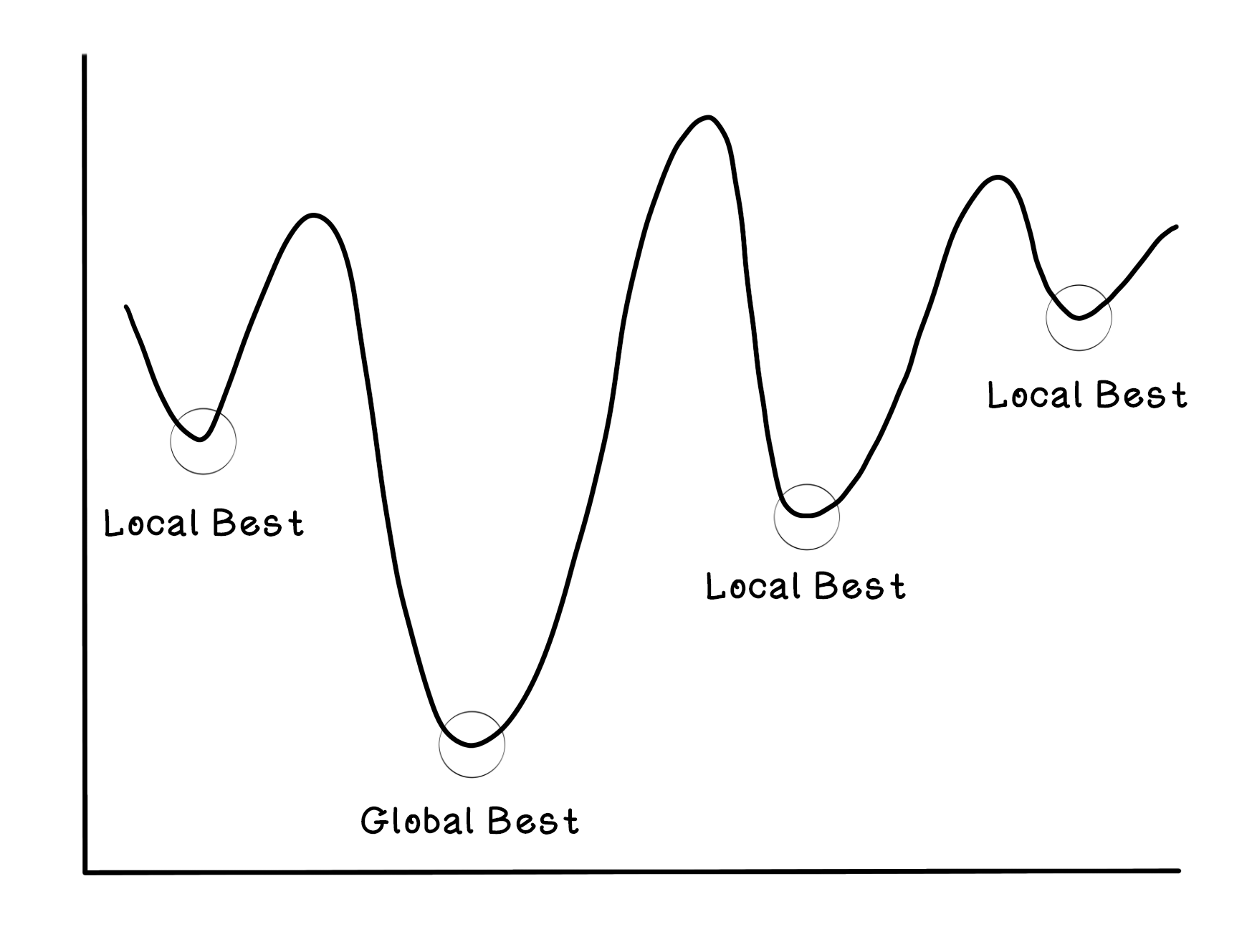 Careful attention is needed when configuring the parameters of the algorithm such that it strives for diversity in solutions at the start and gradually gravitates towards iteratively better solutions through each generation to eventually converge on an optimal solution. This means that at the start, potential solutions should vary drastically in individual genetic attributes. Without divergence at the start, the risk of getting stuck in a local best is increased. 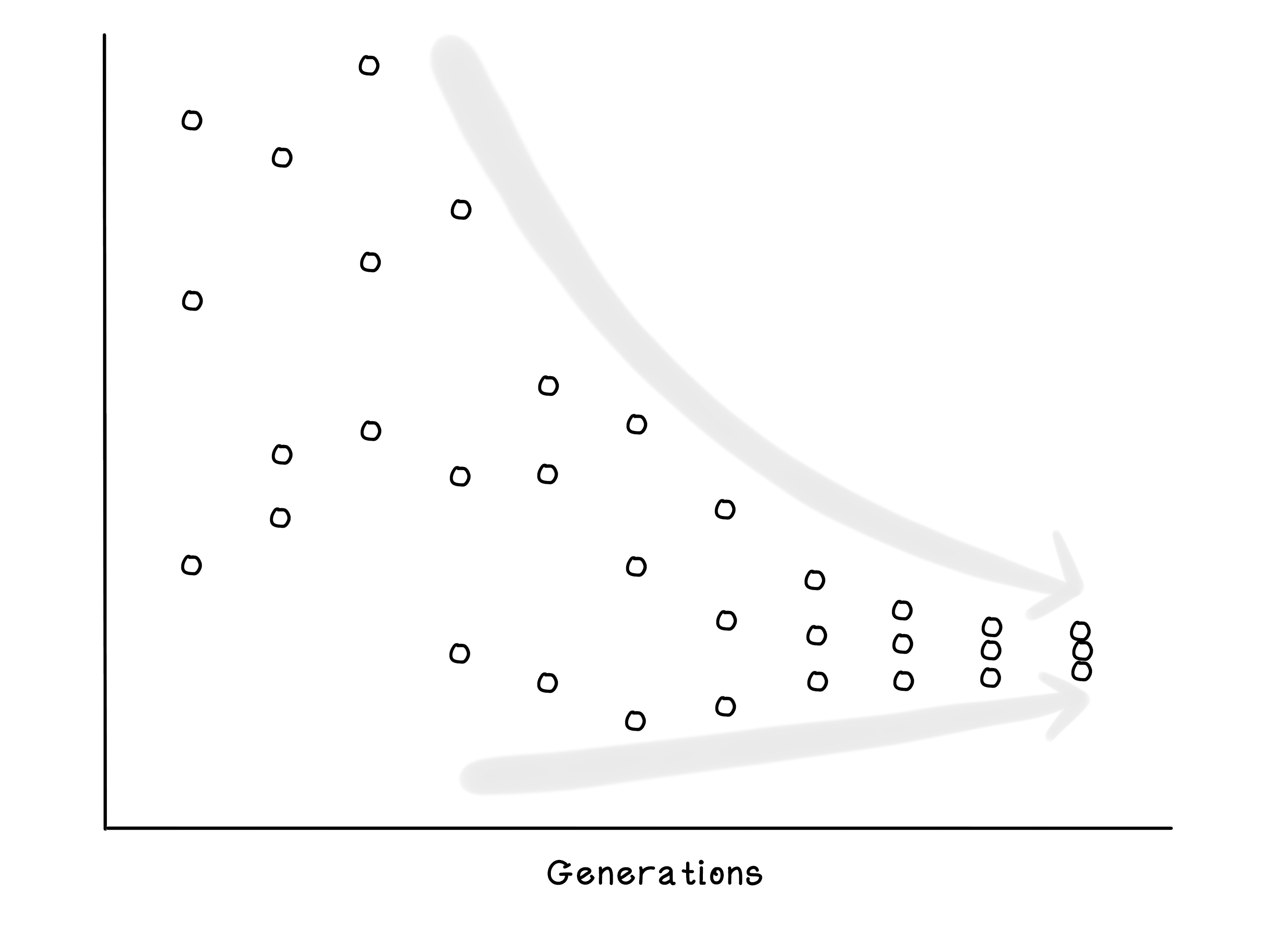 The configuration for a genetic algorithm is based on the problem space. Each problem has a unique context and a different domain in which data is represented and solutions are evaluated differently.

The general lifecycle of a genetic algorithm is as follows:

A number of steps are involved in implementing a genetic algorithm. These steps encompass the stages of the algorithm lifecycle. 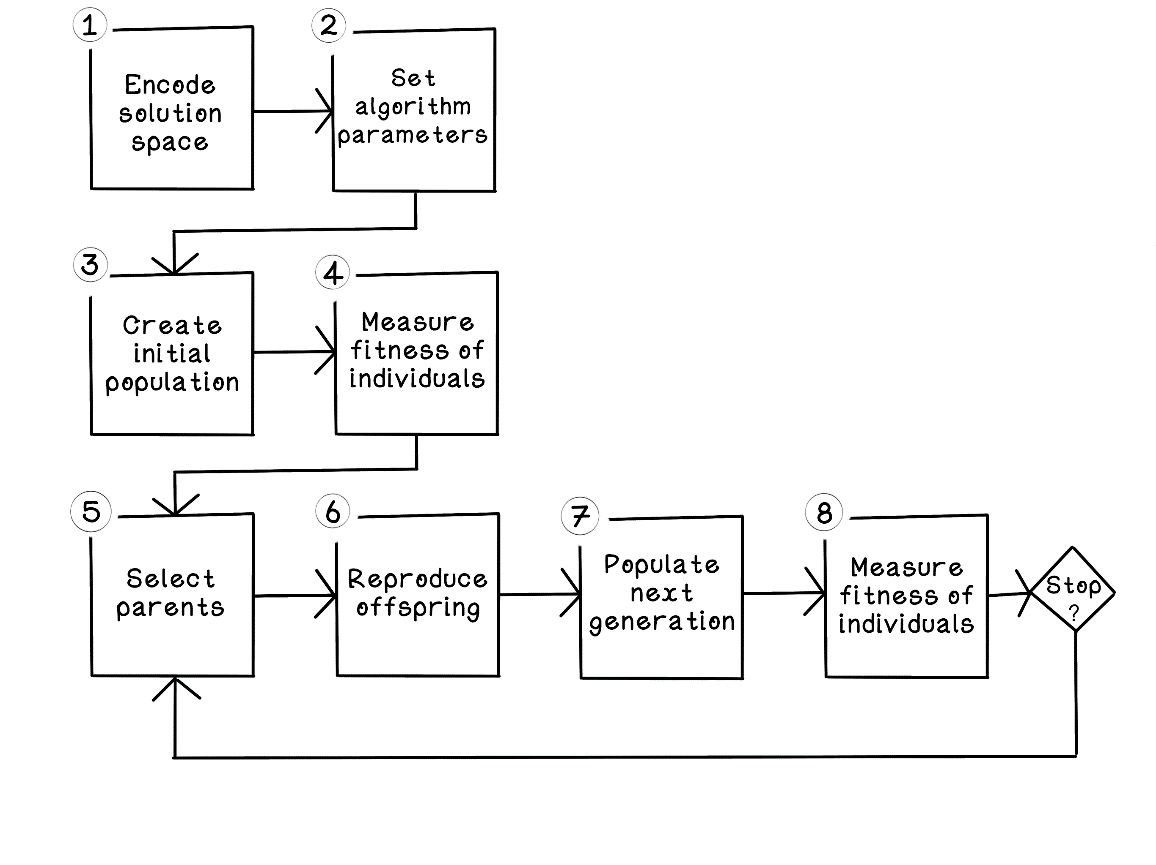 With the Knapsack Problem in mind, how would you use a genetic algorithm to find solutions to the problem? Let’s dive into the process.

When using a genetic algorithm, it’s paramount that the encoding step is done correctly for it to work. This requires careful design of the representation of possible states. The state is a data structure with specific rules that represents possible solutions to a problem. Furthermore, a collection of states comprises a population.

From an evolutionary algorithm terminology perspective, an individual candidate solution is called a chromosome. A chromosome is comprised of a number of genes. The gene is the logical type for the unit and the allele is the value stored in that unit. Furthermore, a genotype is a representation of a solution, and a phenotype is a unique solution itself. Each chromosome always consists of the same number of genes, and a collection of chromosomes forms a population. 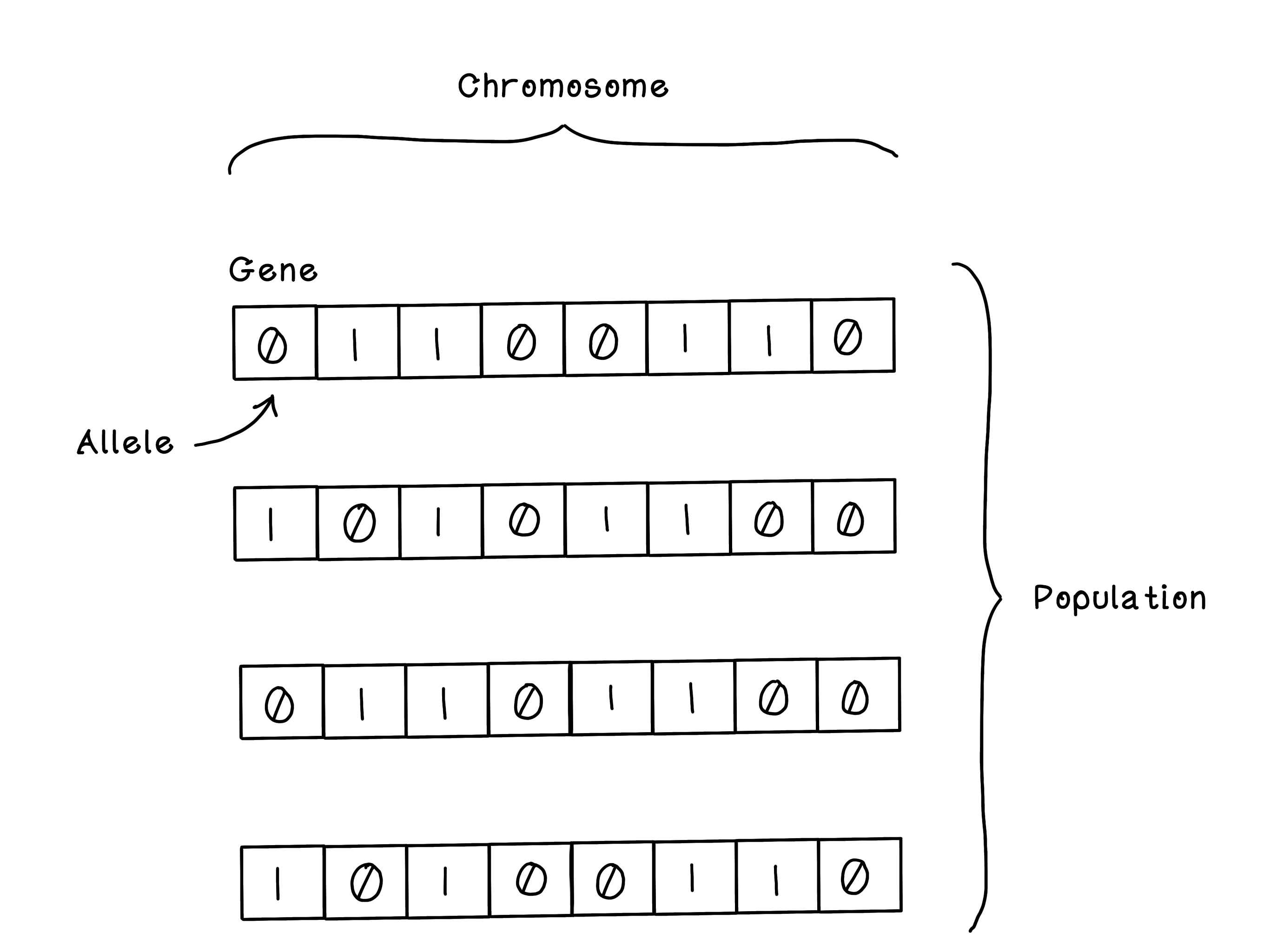 Terminology of the data structures representing a population of solutions

The Knapsack Problem has number of items which can be placed into the bag. A simple way to describe a possible solution which contains some items but not others is binary encoding. Binary encoding represents excluded items with 0s and included items with 1s. If for example at gene index 3, the value is 1, that item is marked to be included. The complete binary string will always be the same size – this is the total number of items available for selection. A number of alternative encoding schemes exist. 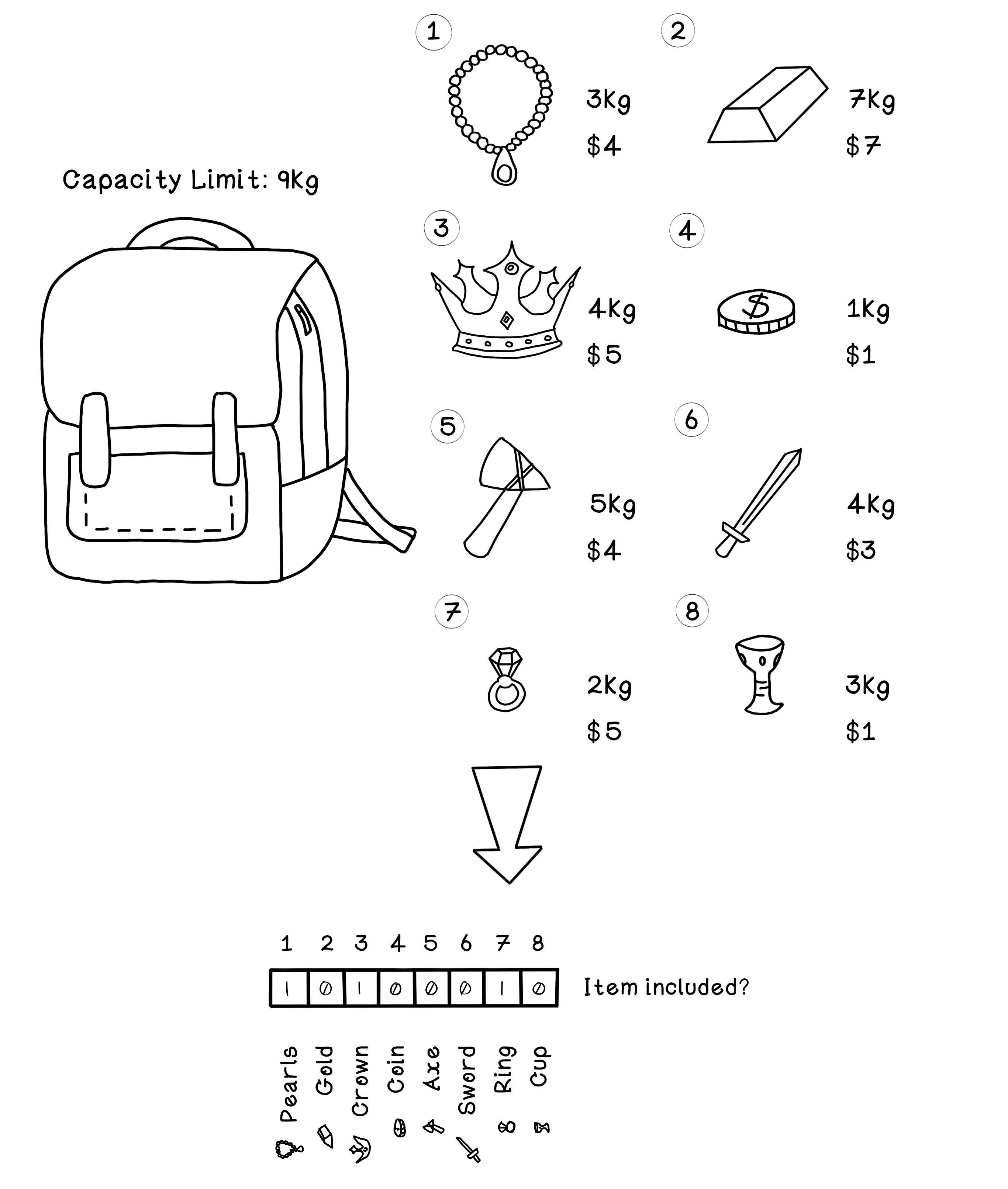 Binary Encoding – Represent possible solutions with zeros and ones

Binary encoding represents a gene in terms of 0 or 1, and a chromosome is represented by a string of binary bits. Binary encoding can be used in versatile ways to express the presence of a specific element, or even encoding numeric values as binary numbers. The advantage of binary encoding is that it’s usually more performant due to the use of the primitive type used. This has less demand on working memory and depending on the language used, binary operations are computationally faster. Critical thought must be used to ensure that the encoding makes sense for the respective problem, and represents potential solutions well, or the algorithm may perform poorly.

Binary encoding the larger data set for the Knapsack Problem

Exercise: What is a possible encoding for the following problem? 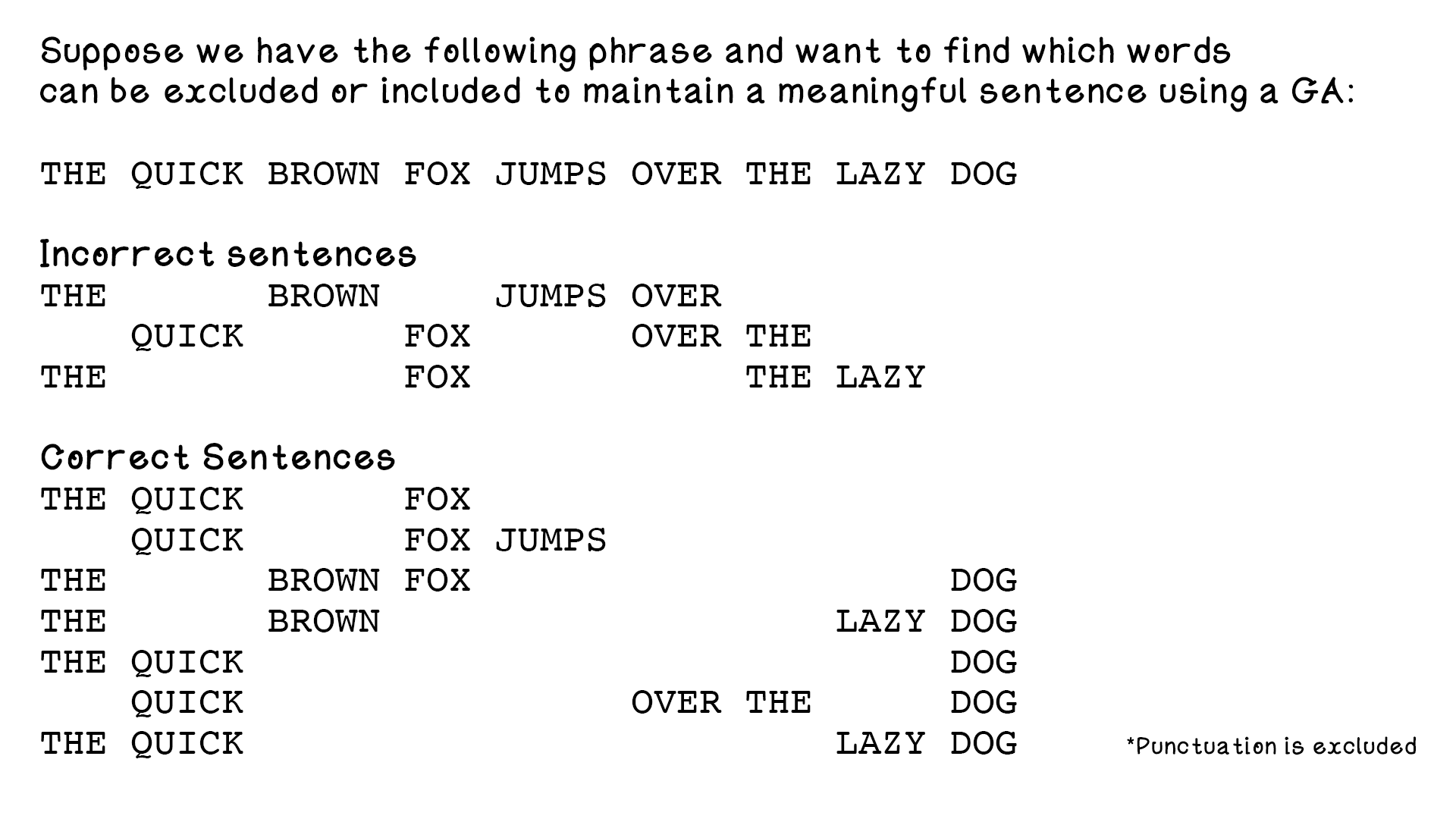 Because the number of possible words are always the same, and the words are always in the same position, binary encoding can be used to describe which words are included and which are excluded. The chromosome consist of nine genes, each gene indicating a word in the phrase. 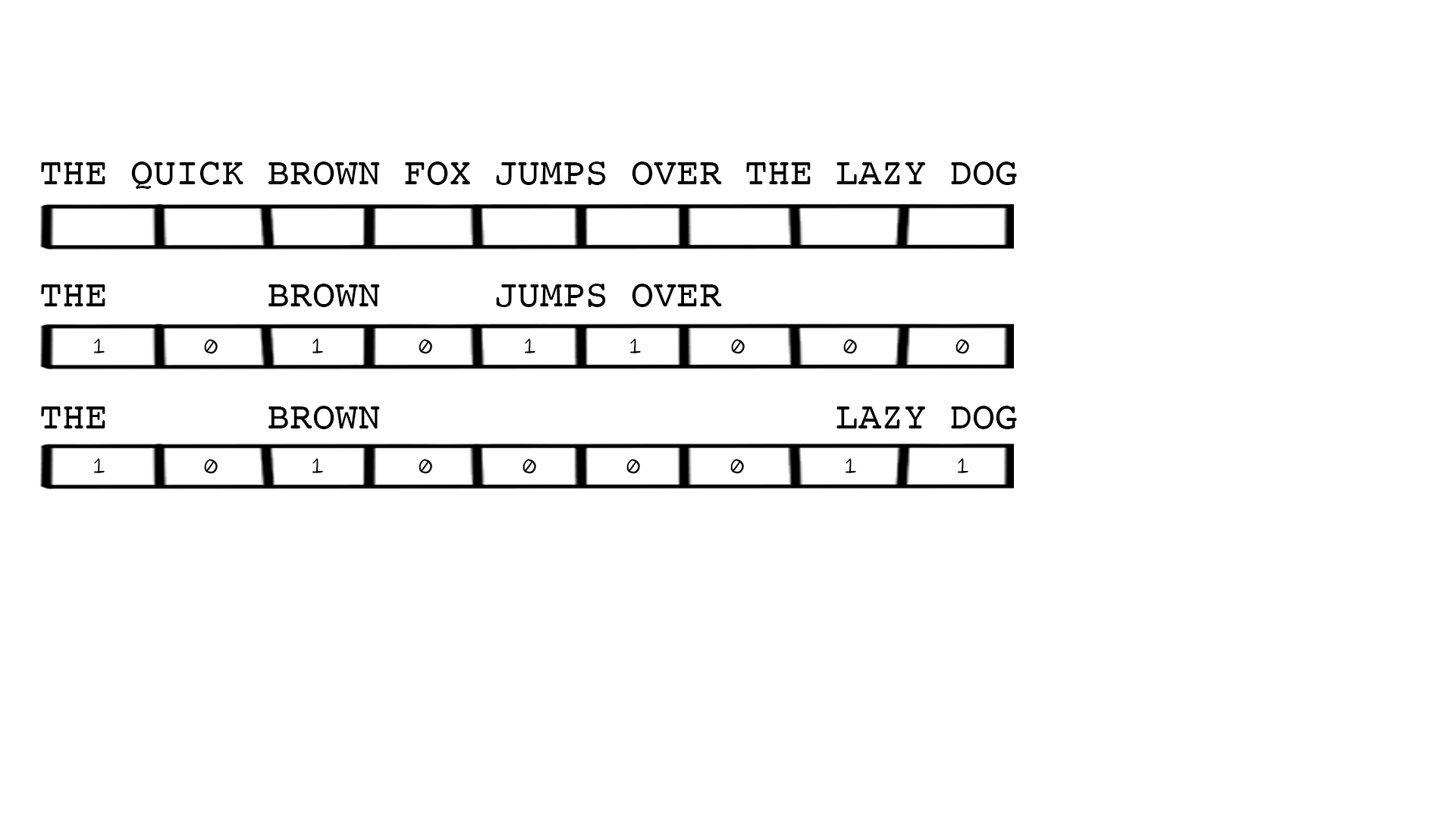 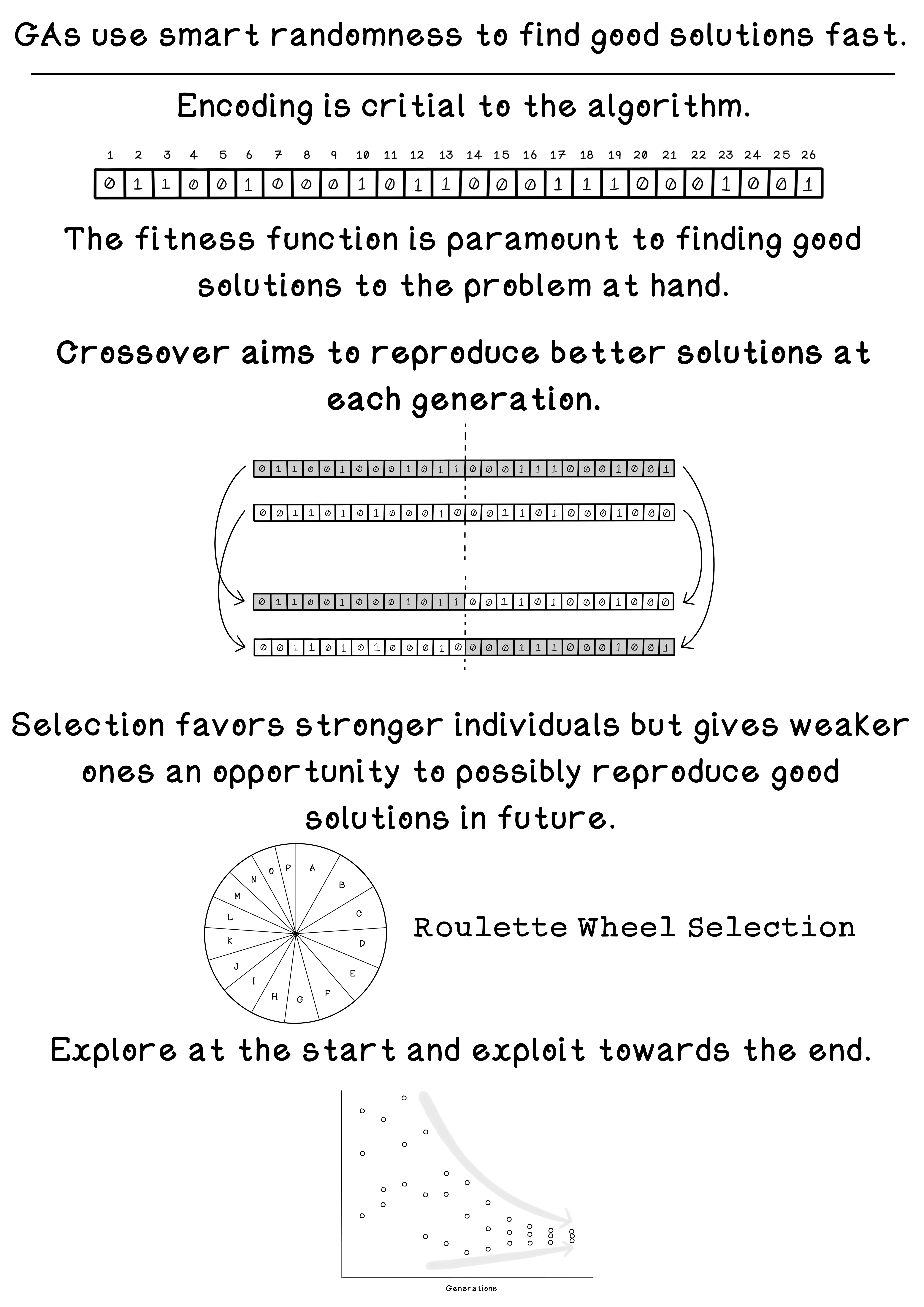