Getting Started with OpenShift

Save 37% on OpenShift in Action. Just enter code fccduncan into the discount code box at checkout at manning.com.

You can interact with OpenShift in three ways: the command line; the web interface; and the RESTful API. This article focuses on deploying applications using the command line. This is because the command line exposes more of the process used to create containerized applications in OpenShift. In other examples you may use the web interface, or even the API. Our intention is to give you the most real-world examples of using OpenShift. We want to show you the best tool to get the various jobs done. We’ll also try our best not to make you repeat yourself. Almost every action in OpenShift is possible using all three access methods. If something is limited, we’ll do our best to let you know. But we want you to get the best experience possible from using OpenShift. With that said, in this article we’re going to repeat ourselves. But we have a good reason!

The most common task in OpenShift is to deploy an application. Because this is the most common task, we want to introduce you to it as early as is practical, using both the command line and the web interface. Bear with us.

Your first OpenShift installation is a two-node cluster. There’s one master node (master) and one application node (node). Before we go any further, make sure you have OpenShift installed. After you’ve completed the installation, return here to get started. Like most applications, OpenShift requires a little configuration to get going. This is what the next sections discuss.

In OpenShift, every action requires authentication. This allows every action to be governed by the security and access rules set up for all users in an OpenShift cluster. By default your OpenShift cluster’s initial configuration is set to allow any user and password combination to log in. This is called the Allow All Identity Provider.

The Allow All identity provider creates a user account the first time a user logs in. Each username is unique, and the password can be anything except an empty field. This configuration is only safe and recommended for lab and development OpenShift instances like the one you set up.

The first user that you’ll create is called dev. This user represents any normal developer or end-user in OpenShift. One thing to be aware of is that this authentication method is case-sensitive. Although the passwords can be anything, dev and Dev are different users, and aren’t able to see the same projects and applications when they log in. Be careful when you log in.

You need to have installed oc on your laptop or workstation. This is the tool you’ll use to manage OpenShift on the command line. If you’re using an OSX or Linux system, you can open your favorite terminal application. On Windows, open your command prompt. From your command line, run the oc login command, using dev for the username and password and the URL for your master server’s API server (listing 1). The parameters for oc login used are:

Listing 1. Logging into OpenShift with oc with a username and password combination.

❶  The syntax for logging into an OpenShift cluster, including the username, the password, and the URL for your OpenShift master’s API server

OpenShift is prompting you to accomplish your next step, which is to create a project.

In OpenShift, projects are the fundamental way applications are organized. Projects let users collect their applications into logical groups. They also serve other useful roles in relation to security. For now, think of a project as a collection of related applications, and you need to create your first one in OpenShift. You’ll create your first project, and then use it to house a handful of applications that you’ll deploy, modify, re-deploy.

You can find documentation for all of the oc command’s features in the OpenShift CLI Reference documentation at https://docs.openshift.org/latest/cli_reference/get_started_cli.html.

Listing 2. Creating a new project, and being prompted to create a new application

Now that you’ve created your first project, the next section will walk you through deploying your first application, called Image Uploader, into your new project. Image Uploader is a web-based PHP application used to upload and display graphic files from your computer. Before we go further, let’s talk about application components to understand how all the parts fit and work together.

Applications in OpenShift aren’t monolithic structures; they consist of a number of different components inside a project that work together to deploy, update, and maintain your application through its lifecycle. These components are:

These components all work together to serve your applications to your end users. Looking at figure 1, the interactions between the application components can seem a little complex. Let’s walk through what these components do in a little more detail. We’ll start with how OpenShift creates and uses custom container images for each application. 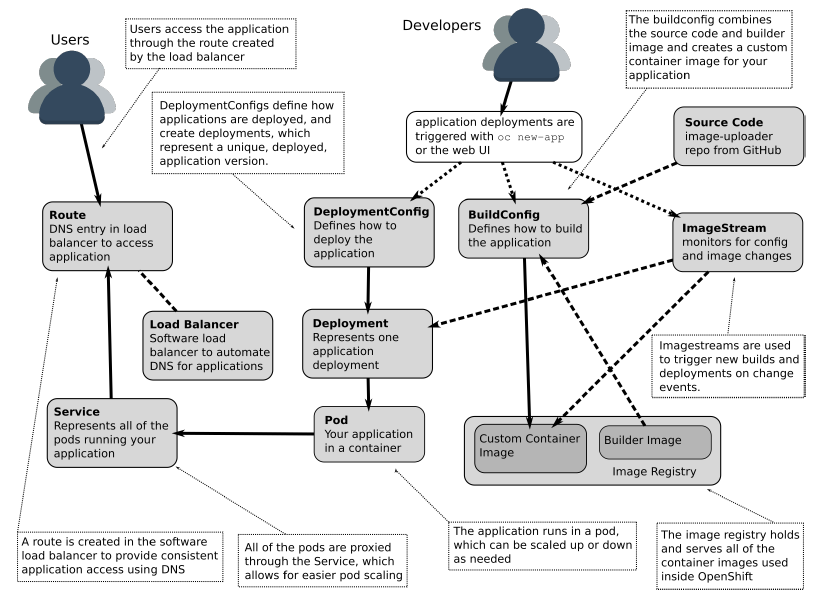 Figure 1. How application components work together to deploy and serve an application

The image build process takes the builder image you choose, integrates your source code and creates the custom container image which is used for the application deployment. Once created, all of the container images, along with all of the builder images, are stored in OpenShift’s integrated container registry, which is noted in figure 1. The component that controls the creation of your application containers is the buildconfig.

Looking at figure 1, you can see these relationships illustrated. The buildconfig is used to track what it takes to build your application, and to trigger the creation of the application’s container image.

After the buildconfig does its job, it triggers the deploymentconfig which is created for your newly created application.

A key feature of applications running in OpenShift is that they’re horizontally scalable. This concept is represented in the deploymentconfig by the number of replicas.

Another feature which is managed by a deploymentconfig is how application upgrades can be fully automated.

New deployments can be created automatically in OpenShift by managing how applications are upgraded, which is also tracked by the deploymentconfig.

Now that we’ve gone through how applications are built and deployed, it’s time for you to deploy your first application. Let’s do that in the next section.

Applications are deployed using the oc new-app command. When you run this command to deploy the image uploader application into the image-uploader project (listing 3), you need to provide three pieces of information:

After you run the oc new-app command, you see a long list of output. This is OpenShift building out all of the components needed to make your application work properly like we discussed at the beginning of this section.

Listing 3. Deploying a new application in OpenShift on the command line with the oc new-app (output trimmed for clarity).

❶  Image stream to use

Now that you’ve deployed your first application, you need to be able to access the newly deployed pod. Looking at figure 2, you can see that the pod is associated with a component called a service, which then links up to provide application access for users. Let’s take a look at services next. 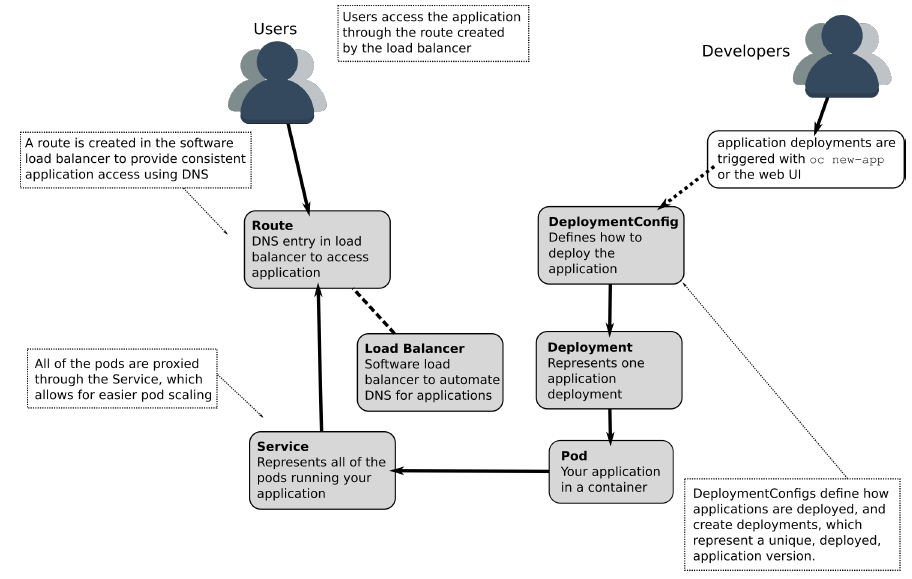 Figure 2. Components that deploy an application inside an OpenShift project

In the course of a normal day’s work you could use multiple ways to force OpenShift to redeploy application pods, for any number of reasons:

Although pods may come and go, there needs to be a consistent presence for your applications inside OpenShift. This is what a service does. A service uses the labels applied to pods when they’re created to keep track of all of the pods associated with a given application. This allows a service to act as an internal proxy for your application. You can see information about the service for app-cli by running the oc describe svc/app-cli command (listing 4). Each service gets an IP address which is only routable from inside the OpenShift cluster. Other information which is maintained:

Listing 4. Information about the app-cli service

❶  IP address for the service

❷  Port to connect to the service on

Most components in OpenShift have a shorthand that can be used on the command line to save time and avoid misspelled component names. In listing 4, you used svc/app-cli to get information about the service for the app-cli application. Buildconfigs can be accessed with bc/<app-name>, deployconfigs are dc/<app-name>. You can find the rest of the shorthands in the documentation for oc.

Exposing services to the outside world with routes

When you installed your OpenShift cluster, one of the services created was a haproxy service running inside a container on OpenShift. HAProxy is an open source, software load-balancer application. To create a route for the app-cli application, run the following command:

Like we discussed earlier, OpenShift uses projects to organize applications. An application’s project is included in the URL which is generated when creating an application route. Each application’s URL takes the following format:

When you deployed OpenShift, you specified the application domain apps.192,168.122.101.nip.io. By default, all applications in OpenShift are served using HTTP protocol. When you put all of this together, the URL for app-cli should be:

You can get information about the route you created by running the oc describe route/app-cli command (listing 5), including:

Listing 5. In depth information about the newly created app-cli route

Now that you have the route to your application created, go ahead and verify it’s functional in a web browser. You should be able to browse to your app-cli application at this point, using the URL for the route that was created (figure 2).

You should be able to access your app-cli deployment from anywhere that your test cluster is accessible. If you created your cluster on virtual machines on your laptop, it’s most likely only accessible from your laptop. OpenShift is pretty awesome, but it can’t overcome the rules of TCP/IP networking. 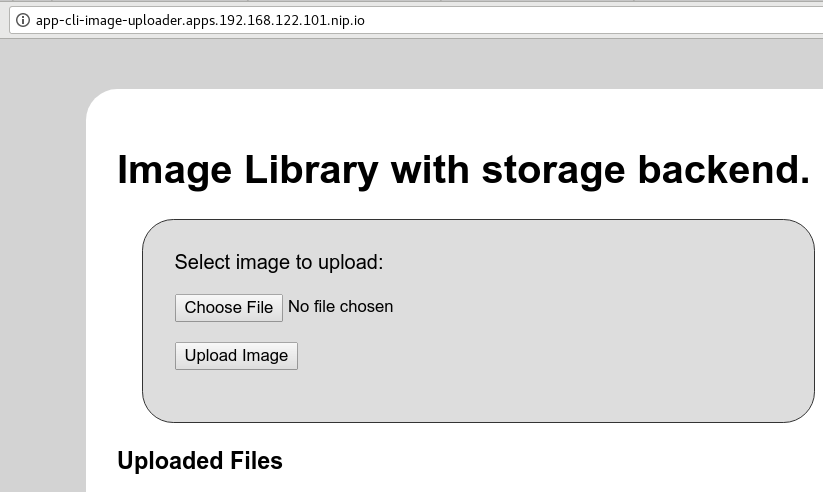 Figure 3. The app-cli application web interface should be up and running and available

Focusing on the components that deploy and deliver the app-cli application (figure 3), you can see the relationship between the service, the newly created route, and the end users. The route is tied to the app-cli service, and users access the application pod through the route:

Relationships in OpenShift are imporatant; multiple application components work in concert to build, deploy, and manage your applications.