Save 37% on Elm in Action. Just enter code fccfeldman into the discount code box at checkout at manning.com.

How do we keep data flow manageable as our code scales?

JavaScript offers a staggering selection of data flow architectures to choose from, but Elm has only one. It’s called the Elm Architecture, and the Elm Runtime is optimized for applications that follow it. We’ll learn about the Elm Architecture as we add interactivity to an app called Photo Groove.

Figure 1 shows a preview of the architecture we’ll be building toward in this article. Don’t worry if this doesn’t make sense yet! We’ll get there, one step at a time.

Let’s begin where data flow naturally begins: with application state as a whole.

Representing Application State with a Model

Back in the Wild West days of the Web, it was common to store application state primarily in the DOM itself. Is that menu expanded or collapsed? Check whether one of its DOM nodes has class="expanded" or class="collapsed". Need to know what value a user has selected in a dropdown? Query it out of the DOM at the last possible instant.

This approach turned out to scale poorly, particularly as applications grew more complex and unit testing became increasingly important. By using benchmark testing it is possible to test the characteristics of the application. Today it’s common practice to store application state completely outside the DOM, and to propagate changes from that independent state over to the DOM as necessary. This is what we do in the Elm Architecture.

We’re going to store our application state separately from the DOM, and refer to that state as our model.

Definition A model stores the current state of an application. Any value necessary to render a user interface should be stored in its model.

Excellent! Now we have an initial model to work with. It contains a list of photos, each of which is represented by a record containing a url string.

Next we’ll render a thumbnail for each photo in our list. A typical Elm application does this through a view function, which describes how the DOM should look based on its arguments.

At the top of a typical Elm application is a single view function, which accepts our current model as an argument and then returns some Html. The Elm Runtime takes the Html returned by this view function and renders it.

This will be easier to do if we first write a separate viewThumbnail function, which renders a single thumbnail as Html. We can set the stage for that design by with the following view implementation:

Figure 2 illustrates how our current model and view connect to the Elm Runtime. 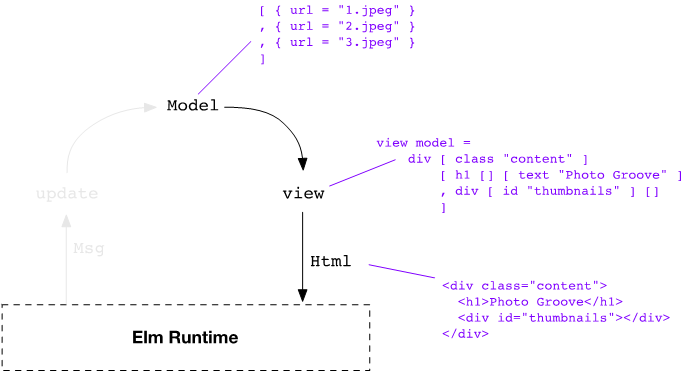 Figure 2 Model and view connecting with the Elm Runtime

Next, we’ll iterate over our list of photo records and call viewThumbnail on each one, in order to translate it from a dusty old record to a vibrant and inspiring img.

Fortunately, the List.map function does this.

Take a look at Figure 3 to see List.map do its thing for viewThumbnail.

Because div is a plain Elm function that accepts two lists as arguments—a list of attributes, followed by a list of child nodes—we can swap out our entire hardcoded list of child img nodes with a single call to List.map! Let’s go ahead and do that now.

If you run elm-make PhotoGroove.elm --output elm.js again to recompile this code, you should see the same result as before. The difference is that now we have a more flexible internal representation, allowing us to add interactivity in a way that was impossible before we connected model and view.

Now let’s add a feature: when the user clicks on a thumbnail, it’ll become selected—indicated by a blue border surrounding it—and we’ll display a larger version of it beside the thumbnails.

To do this, we first need to store which thumbnail is selected. That means we’ll want to convert our model from a list to a record, to store both the list of photos and the current selectedUrl value at the same time.

Listing 3 Converting the model to a record

? Select the first photo by default

Next let’s update viewThumbnail to display the blue border for the selected thumbnail.

That’s easier said than done. Being a lowly helper function, viewThumbnail has no way to access the model—so it can’t know the current value of selectedUrl. But without knowing which thumbnail is selected, how can it possibly know whether to return a selected or unselected img?

It can’t! We’ll have to pass that information along from view to viewThumbnail.

Let’s rectify this situation by passing selectedUrl into viewThumbnail as an additional argument. Armed with that knowledge, it can situationally return an img with the "selected" class—which our CSS has already styled to display with a blue border—if the url of the given thumbnail matches selectedUrl.

Comparing our then and else cases, we see quite a bit of code duplication. The only thing different about them is whether class "selected" is present. Can we trim down this code?

Absolutely! We can use the Html.classList function. It builds a class attribute using a list of tuples, with each tuple containing first the desired class name, and second a boolean for whether to include the class included in the final class string.

Let’s refactor our above code to the following, which accomplishes the same thing:

Now all that remains is to pass in selectedUrl, which we can do with an anonymous function. While we’re at it, let’s add another img to display a larger version of the selected photo.

? Display a larger version of the selected photo

If you recompile with the same elm-make command as before, the result should now look like Figure 4. 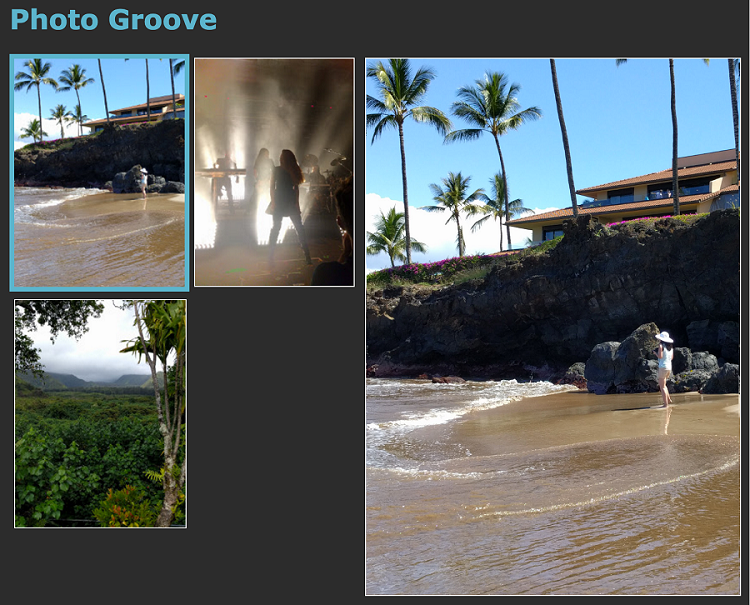 Figure 4 Rendering the selected thumbnail alongside a larger version.

Although the way we’ve written this works, it’s not quite idiomatic Elm code. The idiomatic style would be to remove the anonymous function:

Whoa! Does the revised version still work? Do these two lines somehow do the same thing?

It totally does, and they totally do! This is because calling viewThumbnail without passing all of its arguments is an example of partially applying a function.

Definition Partially applying a function means providing one or more of its arguments, and getting back a new function which accepts the remaining arguments and finishes the job.

Functions that can be partially applied, such as the one in this JavaScript code, are known as curried functions.

Definition A curried function is a function that can be partially applied.

All Elm functions are curried. That’s why when we call (viewThumbnail model.selectedUrl) we end up partially applying viewThumbnail, but not getting an undefined argument or an error.

In contrast, JavaScript functions aren’t curried by default. They are, instead, tupled –which means they expect a complete “tuple” of arguments. (In this case, “tuple” refers to “a fixed-length sequence of elements,” not specifically one of Elm’s Tuples.)

Elm and JavaScript both support either curried or tupled functions. The difference is which they choose as the default:

Table 1 shows how to define and use both curried and tupled functions in either language.

TIP In Elm, an anonymous function like (\foo -> bar baz foo) can always be rewritten as (bar baz) by itself. Keep an eye out for this pattern; it comes up surprisingly often.

Here’s how our updated view function should look.

Because all Elm functions are curried, it’s common to give a helper function more information by adding an argument to the front of its arguments list.

For example, when viewThumbnail needed access to selectedUrl, we made this change:

Because we added the new selectedUrl argument to the front, we could add it using partial application instead of an anonymous function. This is a common technique in Elm code!

Handling Events with Messages and Updates

Now that we can properly render which thumbnail is selected, we need to change the appropriate part of the model whenever the user clicks a different thumbnail.

If we were writing JavaScript, we might implement this logic by attaching an event listener to each thumbnail:

Definition A message is a value used to pass information from one part of the system to another.

When the user clicks a thumbnail, a message will be sent to an update function as follows:

Figure 5 Handling the event when a user clicks a thumbnail

The format of our message is entirely up to us. We could represent it as a string, or a list, or a number, or anything else we please. Here’s a message implemented as a record:

This record is a message which conveys the following information:

“We should update our model to set 2.jpeg as the selectedUrl.”

The update function receives this message and does the following:

We can implement our “select photo” logic by adding this update function right above main:

Notice how, if we receive an unrecognized message, we return the original model unchanged. This is important! Whatever else happens, the update function must always return a new model, even if it happens to be the same as the old model.

We can request that a SELECT_PHOTO message be sent to update whenever the user clicks a thumbnail, by adding an onClick attribute to viewThumbnail:

The Elm Runtime takes care of managing event listeners behind the scenes, so this one-line addition is the only change we need to make to our view. We’re ready to see this in action!

To wire our Elm application together, we’re going to change main = view model to the following, which incorporates update according to how we’ve set things up.

The Html.beginnerProgram function takes a record with three fields:

It uses these arguments to return a description of a program, which the Elm Runtime sets in motion when the application starts up. Before we got beginnerProgram involved, main could only render static views. beginnerProgram lets us specify how we want to react to user input!

Figure 6 demonstrates how data flows through our revised application.

Notice that view builds fresh Html values after every update. That might sound like a lot of performance overhead, but in practice, it’s almost always a performance benefit!

This is because Elm doesn’t recreate the entire DOM structure of the page every time. Instead, it compares the Html it got this time to the Html it got last time and updates only the parts of the page that are different between the two requested representations.

This approach to “Virtual DOM” rendering, popularized by the JavaScript library React, has several benefits over manually altering individual parts of the DOM:

Because onClick lives in the Html.Events module, we’ll need to import it:

And with that final touch…it’s alive! You’ve now written an interactive Elm application!

Let’s compile it once more with elm-make PhotoGroove.elm --output elm.js. If you open index.html, you should be able to click a thumbnail to select it. Huzzah! 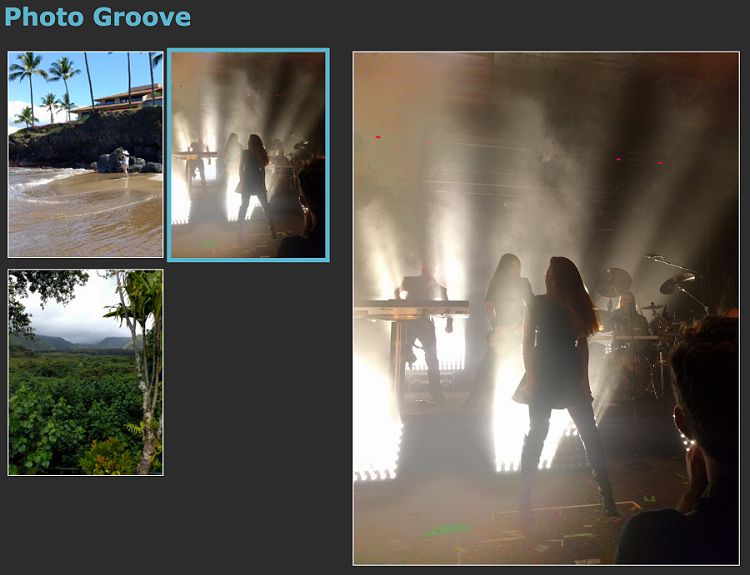 Figure 8 shows where things ended up. 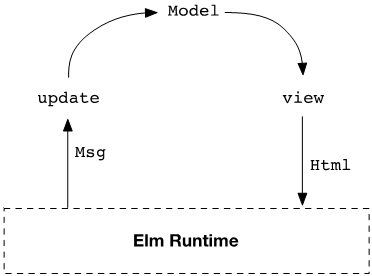 Congratulations on a job well done!

For more information on Elm, check out the book on liveBook here and see this Slideshare presentation.