Parts of the Python Build System 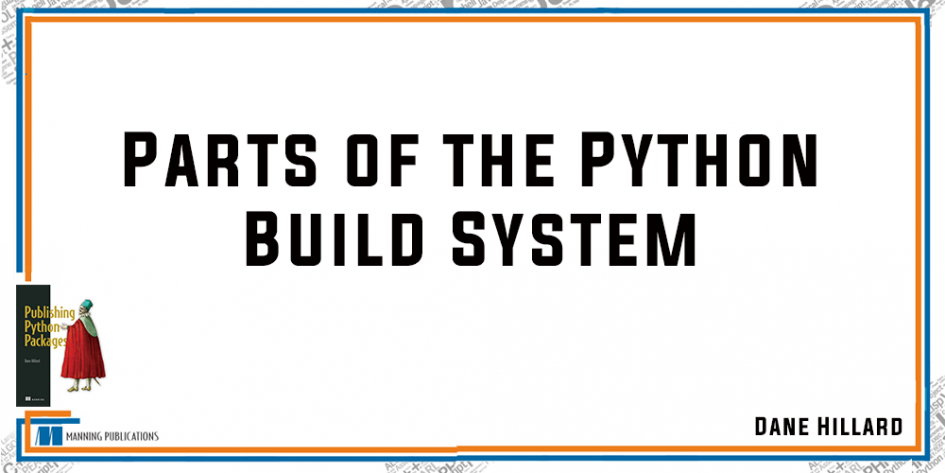 Take 35% off Publishing Python Packages by entering fcchillard2 into the discount code box at checkout at manning.com.

Python package builds are the product of coordination between a few different tools driven by a standardized process. One of the biggest choices you have as a package author is which set of tools to use. It can be difficult to assess the nuances of each, especially if you’re new to packaging. Fortunately, tools are standardizing around the same core workflow, so once you learn it you’ve got the agility to switch between tools with minimal effort.

This article covers what you first need to learn about the pieces of the Python build system itself.

To follow along with this article, you will need to install and use build. If you haven’t done this before, see the steps below.

build (github.com/pypa/build) is a tool provided by the Python Packaging Authority (PyPA) for building Python packages.

To verify your configuration, run the following command:

In the root directory for your package, start by running build using the following command:

The output makes two file suggestions. pyproject.toml is the newer standard file for configuring Python packaging introduced in PEP 518 (https://www.python.org/dev/peps/pep-0518/), and should be preferred unless a third-party tool you want to use is only compatible with setup.py. The file uses TOML (https://toml.io/en/), an INI-like language, to split configuration into relevant sections. Create the pyproject.toml file using the following command to correct the error:

Run the build command again. This time the build should run successfully, and you should see a large amount of output with a few notable lines as shown in listing 1. What’s happening here? At a high level, the build command consumes your source code and the metadata you supply, along with some files it generates, to create:

Listing 1. The result of building an empty Python package

❷ The source distribution package is built by the build_sdist hook

❻ The package is called UNKNOWN because no name was specified

❼ The source distribution is a compressed archive file

❾ The binary wheel distribution is a .whl file

Because you haven’t supplied any metadata yet, the build process alerts you to the fact that it’s missing some important information like a README file, the author, and so on. Adding this information is covered later in this chapter.

Notice that the build process installs the setuptools and wheel packages. Setuptools (https://setuptools.readthedocs.io) is a library that was, for a long time, one of the only ways to create Python packages. Now, Setuptools is one of a variety of available build backends for Python package builds.

DEFINITION:  A build backend is a Python object that provides several required and optional hooks that implement packaging behavior. The core build backend interface is defined in PEP 517 (https://www.python.org/dev/peps/pep-0517/#build-backend-interface).

DEFINITION:  A build frontend is a tool you run to initiate building a package from source code. The build frontend provides a user interface and integrates with the build backend via the hook interface.

To recap, you use a build frontend tool like build to trigger a build backend like Setuptools to create package artifacts from your source code and metadata (figure 1). 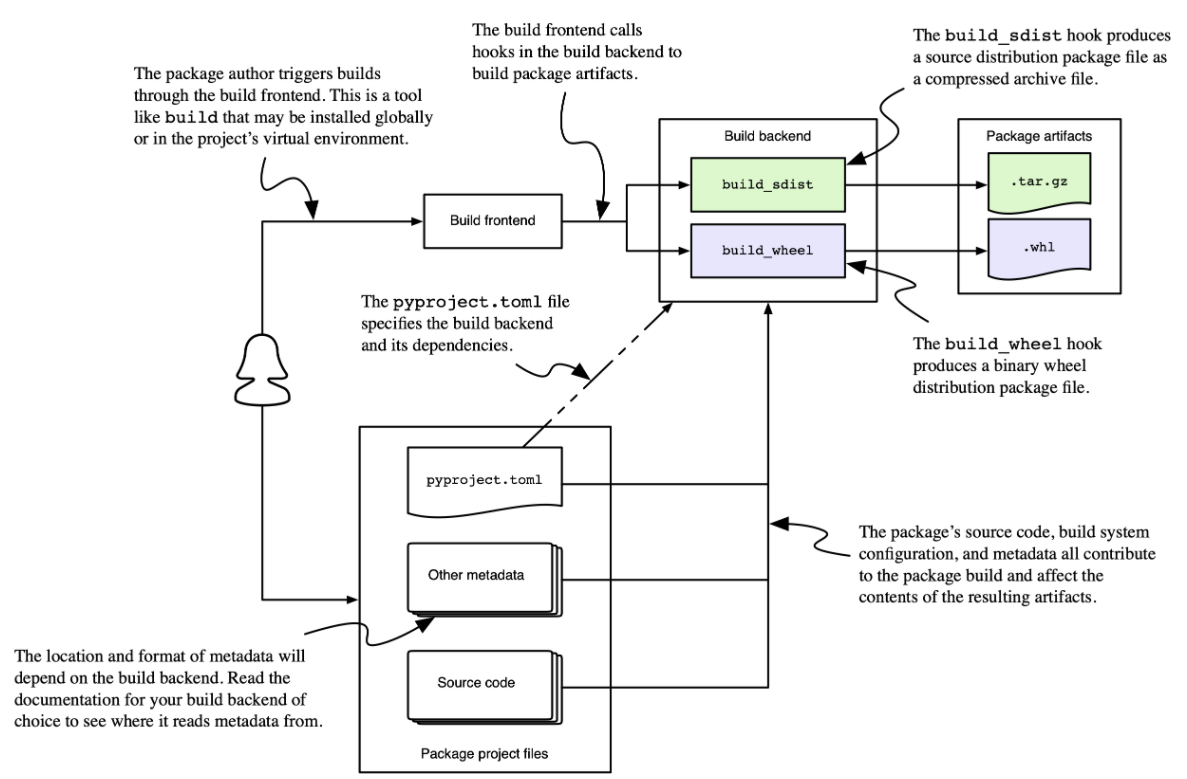 Figure 1. The Python build system consists of a frontend user interface that integrates with a backend to build package artifacts.

Because the build process creates package artifacts, you can now check the effect of running the build. List the contents of the root directory for your package now. You should see the following:

The UKNOWN.egg-info/ and build/ directories are intermediate artifacts. List the contents of the dist/ directory, where you should see the source and binary wheel package files:

As I mentioned earlier, other options exist for both build frontends and backends. Some packages provide both a frontend and a backend, but I like build and Setuptools.

If you want to explore some alternative build tools, check out poetry (https://python-poetry.org/) and flit (https://flit.readthedocs.io). Each build system makes different trade-offs between ease of configuration, capability, and user interface. As an example, flit and poetry are geared toward pure-Python packages whereas Setuptools can support extensions in other languages.

You can switch to another build system in a couple of steps:

These represent the complete configuration you need to specify the build backend.

Listing 2. A build system backend specification to use Setuptools

❸ Dotted path to the object as a string

Once you’ve added the build system information, run the build again. Nothing should change in the output: you’ve just locked in Setuptools as the explicit backend instead of letting build fall back to it as a default. Now that you’ve got a handle on the Python package build system, you need to add some metadata about your package. You can read all about it in the book here.