Save 37% on Phoenix in Action. Just enter code fcclessel into the discount code box at checkout at manning.com.

Arguably the biggest impact on the open-source web in the 2000’s was the release and adoption of Ruby on Rails—a web framework written on the Ruby programming language. This allowed developers to quickly and easily get a dynamic web site up and running in little time. The famous example from that time was creating a blogging engine in fifteen minutes. It allowed developers great productivity and “Web 2.0” exploded.

After Ruby on Rails, many new web frameworks attempted to match or outdo Ruby on Rails in terms of features and developer happiness, and a go-to web framework for each major programming language emerged. In that vein Phoenix was born. 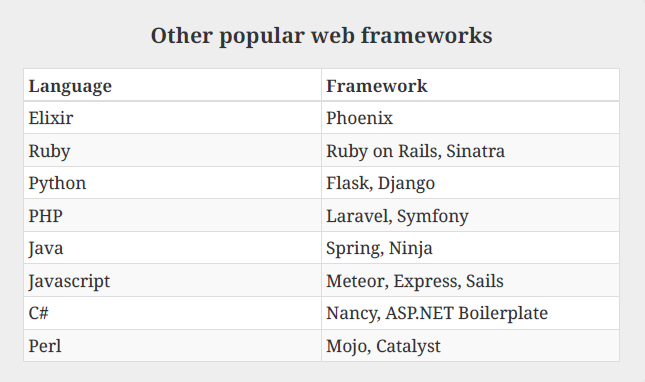 Phoenix is a web framework that attempts (and, in my opinion, succeeds) to help make the creation and maintenance of dynamic websites much simpler. Phoenix doesn’t attempt to copy the big player in this space: Ruby on Rails. Phoenix is built on top of the Elixir programming language (which is a functional language), and Ruby is an Object Oriented programming language. Although Phoenix has best practices for structuring and maintaining your application, it’s not as dogmatic as Ruby on Rails and other frameworks are — giving you flexibility to write your application how you see fit. Phoenix goes beyond many web frameworks, as well. For example, Phoenix has the concept of Channels built-in. Channels allow for “soft-realtime” features to be easily added to applications. This is what allows you to have chat applications, instant push updates to thousands of simultaneous users, and page updates for the user without a full-page refresh. Although these kinds of features are difficult to add in other languages and frameworks, it borders on trivial for Phoenix applications. Whole books can be written about how to get these features into web applications using other web frameworks (or rolling your own).

Elixir and Phoenix Versus the Alternatives

What can you do with real-time communication? Well, any time you want to push information to many users simultaneously, you’ll need a solution for that. That could be with a chat application where users can send and receive chat messages to thousands of other users and you need to keep each client up-to-date when another client’s user submits a new message. It could be something more complex, like an auction site that wants to provide users visiting the auction item’s page up-to-the second information regarding the state of the bids. Maybe it’s a workplace collaboration site where users are sharing files and even working on the same file simultaneously. Or perhaps there’s a real-time multiplayer game server that you want to build and you need to ensure that all players have the same information at the same time. Many different situations require real-time channels, and there are many more in which it’d be beneficial. Figure 1 illustrates a simple situation in which bandwidth can be saved and the user experience improved with pushing data to the user instead of requiring the user to pull the data from the server. 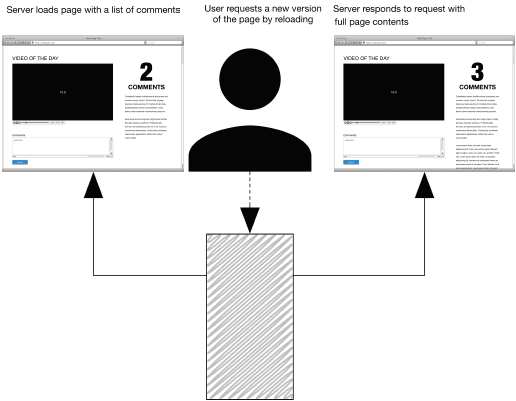 Figure 2. Traditional “pull” refreshed require the user to initiate the request and the server to return the entire web page again. 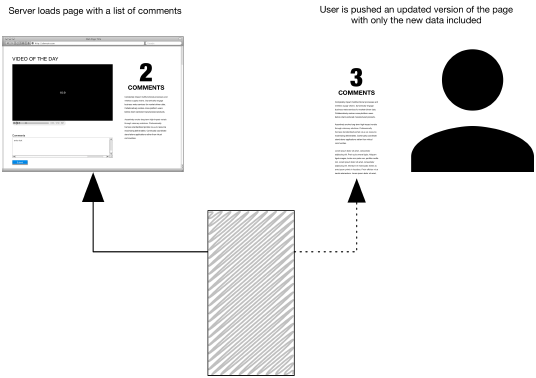 Figure 3. A “Push” requests originates from the server and “pushes” new information to the user which is typically only that which changed, greatly reducing payload and speeding up page rendering.

Elixir can spawn and efficiently handle hundreds of thousands of processes without blinking an eye (we go into a bit more detail in the section about Elixir below). You’ve also read briefly about Phoenix’s concept of channels which allow real-time communication. Phoenix spawns each channel into its own process to prevent one process from damaging or taking down any of the others — they’re beautifully isolated.

Using these processes and channels, Phoenix can handle a couple hundred thousand connections on a single server! Granted, kudos to you if your web application ever has hundreds of thousands of simultaneous users wanting to communicate in real time—but that gives you an idea of the power of Phoenix and Channels running within processes.

Sometimes working in development you’ll want to do a long-running computation or process but won’t want to keep the user from interacting with your software, whether it’s on the web or locally with some user interface. For example, a user of a digital product e-commerce site may want to purchase a product which is customized and then can be downloaded. Once the user finalizes the purchase, you don’t want to require the user to wait on that page until the personalization process is complete. Instead, you’d like for them to continue to browse your store or set up their profile. This is a simple scenario in where background computation can play a role.

Figure 4. Background processes can help do complex work without holding up the main responses to the user.

If your application needs to do any more than a small amount of computation in the background (normally asynchronously), then it’s a perfect fit for something built on top of Elixir like Phoenix. It’s trivially easy to kick off background, asynchronous processes with Elixir.

This fits in perfectly with the real-time communication features of Phoenix. Once the long-running process is complete, the server could send a message through the Channel to the user’s client that the process is complete and either display the results directly on the client or provide a link or further instructions to retrieve the results at a later time.

If you look at any hosting provider’s offerings, you’ll notice that most of the time, adding more CPU power/cores costs less than adding more RAM. This fits perfectly with the way Elixir works. Elixir automatically uses all the different CPU cores available to it and takes up a relatively small amount of RAM in order to run. Compare this to a web framework and language like Ruby on Rails which is RAM hungry.

Other web frameworks built on differing programming languages CAN scale, but if you’re looking for a low-cost way to scale quickly, then Elixir and Phoenix would be a good choice. Pinterest explains in a blog post [1: https://medium.com/@Pinterest_Engineering/introducing-new-open-sourcetools-for-the-elixir-community-2f7bb0bb7d8c] that they moved one of their systems from Java to Elixir.

We’ve also seen an improvement in code clarity. We’re converting our notifications system from Java to Elixir. The Java version used an Actor system and weighed in at around 10,000 lines of code. The new Elixir system has shrunk this to around 1000 lines. The Elixir based system is also faster and more consistent than the Java one and runs on half the number of servers.”

It’s Not All Roses

Although the Elixir language and the Phoenix framework are awesome and are usually what I reach for when starting new projects, it isn’t always the de facto best choice for the job. In some areas Elixir doesn’t do as good a job as an alternative would.

Phoenix provides a lot of things that help you add normally-complex features to your web applications but it won’t be the foundation of your application: Elixir will. Although it may be strange to read that in a book specifically about Phoenix, the truth is that Phoenix derives its powers from the amazing Elixir programming language.