The Many Forms of Scripting: which to use

Save 37% on Learn PowerShell Scripting in a Month of Lunches. Just enter code fccjones into the discount box at checkout at manning.com.

Think about a hammer. A hammer is a tool, and it’s probably one you’ve at least seen before, even if you’ve never wielded one. A hammer is a self-contained thing; it only does one thing: strike other things. A hammer has no context about its life, and no clue about its destiny. A hammer may be used one day to help build a house, another day to break a window, and another day to smash your thumb. A hammer, sitting alone in a toolbox, is useless. It takes up space, and doesn’t do anything.

This is how things are meant to work in PowerShell. What PowerShell calls a command – a catchall word referring to cmdlets, functions, and other executable artifacts – we call a tool. A tool should do one thing and one thing only. This is why we have tools named Get-Process, Start-Process, and Stop-Process– each of them does one thing, and one thing only. We don’t have a tool called Manage-Processes, capable of starting, stopping, or listing processes depending on the parameters you provide. Such a super-tool goes against the PowerShell ethos of single-task-ed-ness.

Think about Stop-Process. What good is it? No good at all on its own. Like a hammer, it needs to be given context and purpose. It needs to be controlled. When used as part of a controller script, the tool gains meaning and purpose.

Tools have important characteristics in the PowerShell world:

We tend to informally think about several different types of tools. This isn’t a strict taxonomy, but it helps give you an idea of how they can relate to one another.

Imagine that you have some line-of-business application that tracks customer records. You’ve been asked to write a script which generates a list of customers whose records have gone for a year or more without any activity. That list has to be formatted in a CSV file which can be fed to other processes, and in an HTML report that can be posted on the company intranet. How many tools do you need to write? You must start by thinking of the discrete tasks involved, and look to see what tasks are already solved by a PowerShell tool.

For all of that, you only need to write one tool. This is the beauty of the tool-based approach: many great, generic tools already exist in PowerShell, and out in the broader world, that you often only need to focus on the stuff which is entirely specific to your environment. Do that the right way, and your custom tools will connect seamlessly to everything that already exists.

But your prospective Get-CustomerRecord tool is useless by itself. It needs to be given purpose, and a context. It needs a controller.

While tools are generic and lack context, controllers are all about context. The purpose of a controller is to put a tool to a specific use, in a specific kind of situation. We don’t use command-style, verb-noun names for controllers; we give them more English-like names. For example, CreateStaleCustomerHTMLReport.ps1 is the script we might create to generate that HTML report of customers who’ve been inactive for a year or more. That script might be really simple, containing only a single pipeline:

It’s not a complex script, and that’s the idea. Controllers often are simple, because they’re just stringing together some tools. None of these tools knew beforehand that they’d be involved in creating HTML customer reports, but this controller gave them purpose. We’d probably have another one, CreateStaleCustomerCSVDataFile.ps1, that would take care of generating the required CSV data file. Just for fun, we might also create DisplayStaleCustomers.ps1, which simply queries inactive customers and formats the output for an attractive on-screen display. It never hurts to go above and beyond!

People often ask us about writing “graphical scripts” in PowerShell, using either .NET Framework’s Windows Forms library or its newer Windows Presentation Framework (WPF) library. You can do it, and we consider such scripts to be controllers. They should contain minimal code, and mainly rely on running tools. They put those tools to a specific purpose, tied to the eyes and fingers of human beings.

Controllers from Commands – If you look at the sample controller script, it is just a PowerShell command. Your “controller” can simply be you typing a command interactively in the console. This is a great way to make sure your tool does what you intend. Putting the commands in a controller script saves a ton of typing and makes running your command consistent. A controller script can also be a bit more complex if you need it to be.

Think about an automotive assembly line. These days, they’re largely staffed by very specialized robots. One robot paints the car; another one welds two pieces together. Those robots are tools: in a warehouse all by themselves, they’re useless. It’s when you add a controller – the production line itself, which places the robots in sequence and coordinates their activities – that you have something useful.

Hopefully, this article has gotten you thinking about the most important top-level element of scripting: what kind of script to make. Hopefully, you’re starting to think about tools and controllers in the right way, and you’re starting to see how they work together to accomplish business tasks. If you can truly embrace the distinction between the two, and respect their individual purposes, then you’ll absolutely be set to succeed in PowerShell scripting.

If you’re interested in learning a lot more about PowerShell Scripting and Toolmaking while you eat your lunch each day (or whenever you have an hour, here and there),check out Learn PowerShell Scripting in a Month of Lunches on liveBook and see this Slideshare presentation. 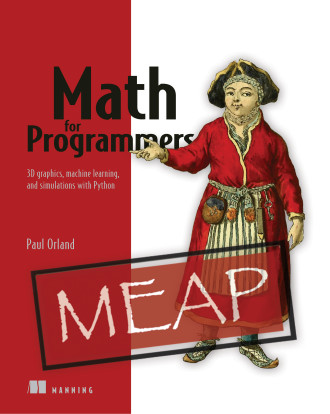