As users of a web application, we’d like a response from the application as quickly as possible, even when other users are accessing the system at the same time. We don’t want our request to be put on a queue together with all the other users’ requests. We might have to wait an inordinate amount of time for a response if there are many requests ahead of ours. To address this issue, web applications handle requests concurrently.

Because of concurrency, Dependencies that aren’t thread-safe can’t be used as Singletons. On the other hand, using them as Transients can be inefficient or even downright problematic if you need to share a Dependency between different consumers within the same request.

This leads to the concept of a Scoped Lifestyle, where you decide to reuse instances within a given scope.

DEFINITION: Scoped Dependencies behave like Singleton Dependencies within a single, well-defined scope or request but aren’t shared across scopes. Each scope has its own cache of associated Dependencies. 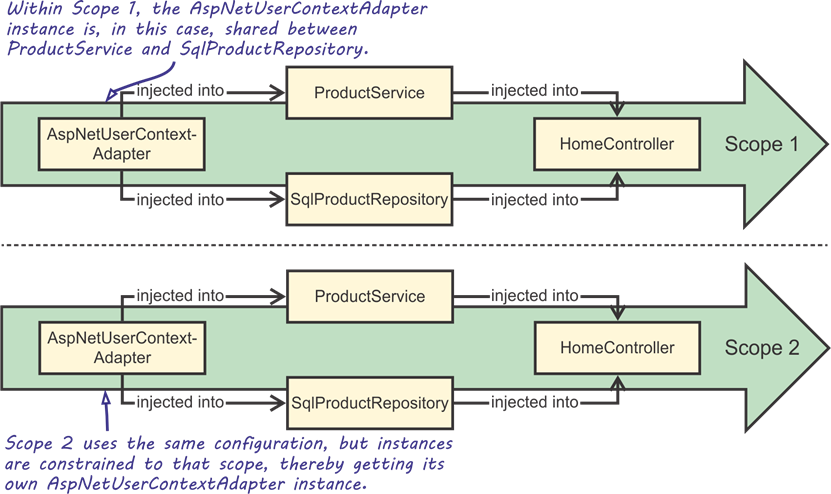 Figure 1 The Scoped Lifestyle indicates that you create, at most, one instance per specified scope

As with all Lifestyles, you can mix the Scoped Lifestyle with others so that, for example, some Dependencies are configured as Singletons, and others are shared per request.

In this example, you’ll see how to compose a long-running web application, with Scoped IUserContext Dependency.

❷ Inject the Scoped Dependency into the Transient object graph

Whereas a Transient Lifestyle implies that every consumer receives a private instance of a Dependency, a Scoped Lifestyle ensures that all consumers of all resolved graphs for that scope get the same instance.

You can also see other articles on common DI-related topics: