Take 37% off Web Components in Action. Just enter fccfarrell into the discount code box at checkout at manning.com.

Slots are a way of taking templated content and adding placeholder values that can be replaced by the end user of your Web Component.

While the tag is a standalone concept and available in all modern browsers, but the tag isn’t always available. In fact, the tag is dependent on the Shadow DOM. It’s not entirely necessary to the Web Component story, as awesome as it is. Custom Elements, Templates, and HTML Imports, as well as non-Web Component-based techniques to back them up like ES2015 modules and template literals, are all either available now for all modern browsers or easily polyfilled.

The Shadow DOM is a little more complicated. In terms of browser adoption, well…it’s getting there. Both Chrome and Safari supported it for a while, and Firefox shipped in October 2018. The Edge team has indicated that development’s in progress now, as it’s a highly requested feature.

At the same time, a lot of Web Component hype these past several years has been targeted squarely on the Shadow DOM. I agree that it’s a groundbreaking browser feature for web development workflows, but Web Components are much more than this one feature. Regardless, part of the disappointment in the community around Web Components has been the slowness of Shadow DOM adoption.

And that’s why I haven’t gotten into the Shadow DOM until now. For me, it’s an optional feature in my daily work, only used when I’m not concerned about browser support, and I wanted to reflect this here. This concern has greatly diminished in recent days given that we’re waiting for a single browser (Edge) and the Polymer team has been hard at work on LitElement and lit-html which promise polyfill integration and support even in IE11.

All that said, you can be a Web Component developer and pick and choose which features you use, the Shadow DOM included. Once it’s shipped with all modern browsers, I plan to use it all the time – and that day’s quickly approaching.

In terms of hype for the Shadow DOM, the claims I’ve seen are that it removes the brittleness of building web apps and it finally brings web development up to speed with other platforms. Does it live up to those claims?

I’ll let you decide, because like anything, the answer depends on your project and needs. Both claims are made with one central theme in mind: encapsulation.

When people talk about encapsulation, they typically mean two things. The first is the ability to wrap up an object in a way where it looks simple from the outside, but on the inside, it can be complex, and it manages its own inner workings and behavior.

That’s all great, but often, when people talk about encapsulation, they attach a larger definition to it. I’ve defined Encapsulation, but it can also mean that your encapsulated object’s protected from end users interacting with it, even unintentionally, in ways you didn’t intend as shown in Figure 1. 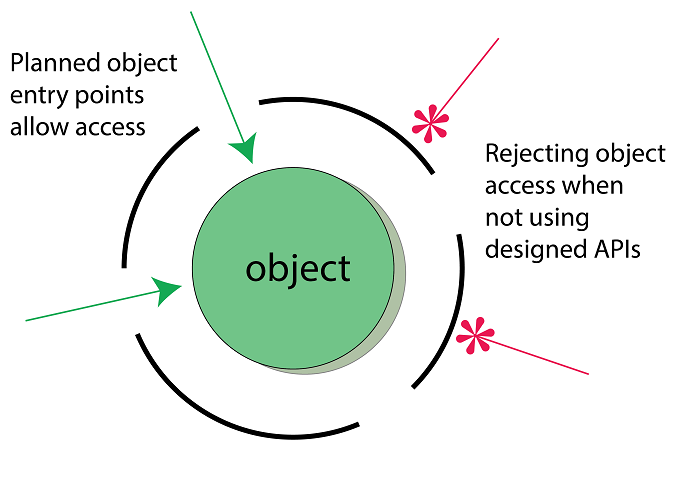 Figure 1 Encapsulation means hiding the inner workings of an object, but it often includes choosing how and where to provide access from the outside in

Consider how your class is used and make some effort to restrict outside usage on your properties and methods by you intend on how it will be used.

For example, someone on your team may hand you a component which has a method to add a new list item element to its UI:

When you use this component for the first time, you might think, “Hey, I’ll use this function to add a new item to my list!” What you don’t know is that the component’s class has an internal array of the item data. As a consumer of this component, you’re supposed to use the add() method, which adds an item to the data model and then calls the addItemToUI function to then add the