Use Cases for Container Platforms

Save 37% on OpenShift in Action. Just enter code fccduncan into the discount code box at checkout at manning.com.

If you stop and think about it for a minute, you can hang the major innovations in IT on a timeline of people seeking more efficient process isolation. Starting out at mainframes, we were able to isolate applications more effectively with the client-server model and the x86 revolution. That was followed by the virtualization revolution. Multiple virtual machines can run on a single physical server. This gives administrators better density in their datacenters while still isolating processes from each other. With virtual machines, processes were isolated within each virtual machine. Because each virtual machine has a full operating system and a full kernel (figure 1), it needs all of the filesystems required for a full operating system. That also means they must be patched and managed and treated like traditional infrastructure. 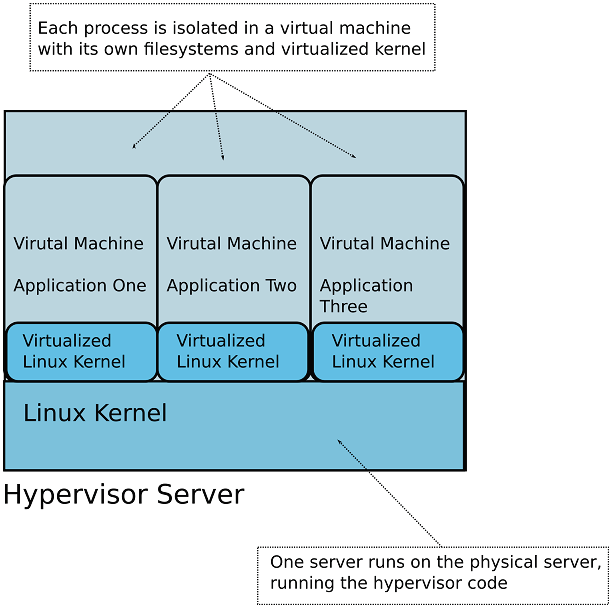 Containers are the next step in this evolution. Inside an application container is everything the application needs to run:

What containers don’t contain is equally important. Unlike virtual machines, containers all run on a single, shared Linux kernel. To isolate the applications, containers use components inside the kernel (figure 2). 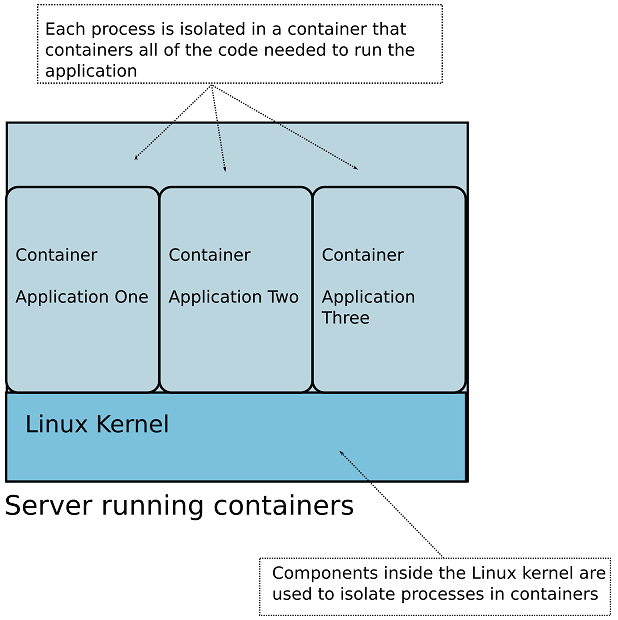 Because containers don’t have to include a full kernel to serve their application, along with all of the dependencies of an operating system, they tend to be much smaller. For example, where a typical virtual machine starts out with a 10 Gigabyte (GB) or larger disk, the CentOS 7 container image is 140 Megabytes (MB). Being smaller comes with a couple of advantages. First, portability is enhanced. Moving 140MB from one server to another is much faster than moving 10GB or more.

Secondly, because starting a container doesn’t include booting up an entire kernel, the startup process is much faster. Starting a container is typically measured in milliseconds, as opposed to seconds or minutes for virtual machines. The technologies behind containers provide multiple technical benefits. Additionally, they provide business advantages as well.

Use cases for businesses

Modern business solutions have to include some sort of time or resource savings as part of their design. Solutions today have to be able to better use resources, both human and computer. Containers’ ability to enable both types of savings is one the major reasons they’ve exploded on the scene the way they have.

When you compare a server using virtual machines to isolate processes to one using containers to do the same thing, you notice a few key differences (figure 3): 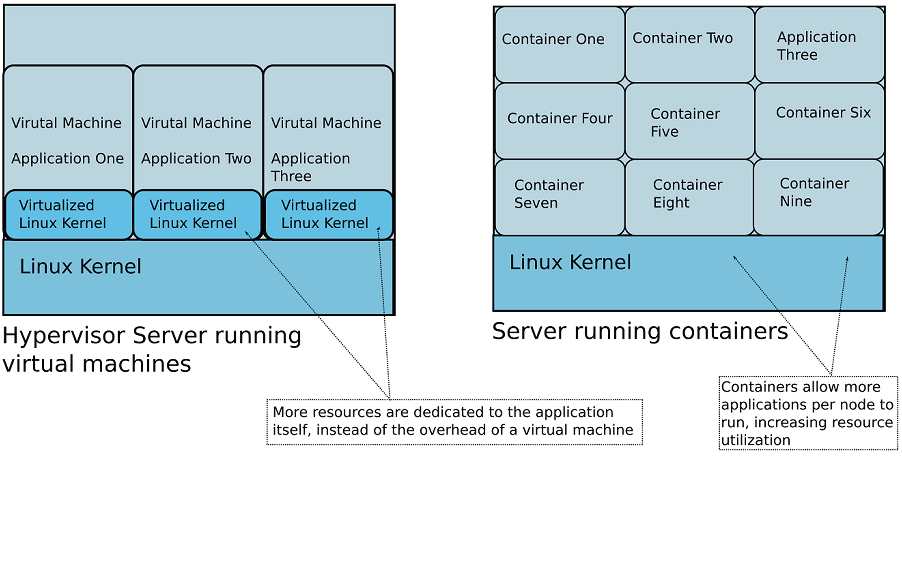 Even though containers are great tools they aren’t always the best tool to use for every job. Let’s discuss a few times when containers aren’t the best fit.

When containers aren’t the answer

An ever-increasing number of workloads are good fits for containers. The container revolution started out with pure web applications, but now includes command line tools, desktop tools, and even relational databases. Even with the massive growth of use cases for containers, there are times when they aren’t a great fit.

WHEN THE RETURN ON INVESTMENT’S TOO LOW

If you have a complex legacy application, be careful when deciding to break it down and convert it to a series of containers. If an application is going to be around for eighteen months, and it’s going to take nine months of work properly containerize it, you may want to leave it where it is. It’s OK. We promise.

Lustre’s (lustre.org/) a high-performance parallel filesystem which is often found in HPC environments.

WHEN YOUR MONOLITH APPLICATIONS WILL ALWAYS BE MONOLITHS

Some applications are always going to be huge, resource-intensive monolithic applications. Examples are software used to run HR departments, and some huge relational databases. If a single application is going to take up multiple servers on its own, running it inside a container that wants to share resources with other applications on a server doesn’t make a lot of sense.

Now that you have some more information on when (and when not) to use OpenShift for enterprise container management, maybe you’re ready to learn more.