What is a Recommender System?

A recommender system can be many things, and implemented in many ways. In the following, we will take a Netflix recommendation as an example, and use it to describe the way of implementing it, to give an overview of the steps that compose a recommender system.

I am a huge fan of Netflix and I am always using it to stream movies and TV shows. After reading a useful guide on the Coolest Gadgets website I have even purchased a streaming device for an old television in my kitchen so that I can stream all my favorite films while doing the cooking. Technology really is amazing. I did consider getting a new TV to make streaming easier. These cable tv statistics in 2020 indicate that perhaps a more modern television would be better.

Figure 1 shows how Netflix might produce my “Hot Picks” row. 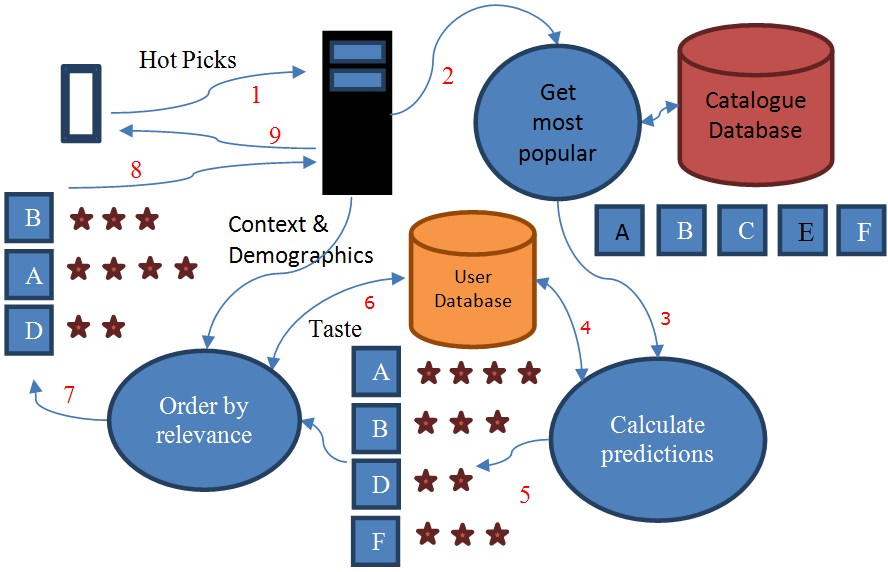 We will go through the figure step for step:

Looking at Figure 1 it becomes clear that there are many aspects that need to be considered when doing recommender systems.

Most recommender systems will try to use the data shown in Figure 2 in some way or another:

Figure 2 also makes it clear the prediction estimation part is the only part of a recommendation system.

We are now ready to sum up things and to write some definitions.