A beginner’s guide to default access level in Java

The OCA Java SE 8 Programmer I exam requires that you understand the access modifiers and access levels in Java. Restricting access to a class or an interface and its members plays an important role in application design. Though Java defines three access modifiers, that is, public, protected and private, it allows four access levels-public, protected, default and private. In this article, I’ll cover how to define members with default access level and who can access them.

Think of a package as your home, classes as rooms, and things in rooms as variables with default access. These things aren’t limited to one room—they can be accessed across all the rooms in your home. But they’re still private to your home—you wouldn’t want them to be accessed outside your home. Similarly, when you define a package, you might want to make accessible members of classes to all the other classes across the same package.

Let’s define an instance variable issueCount and a method issueHistory with default access in class Book. Figure 1 shows the class representation with these new members.

Here’s the code for the class:

You can see how classes from the same package and separate packages, derived classes, and unrelated classes access the class Book and its members (the variable issueCount and the method issueHistory) in figure 2. 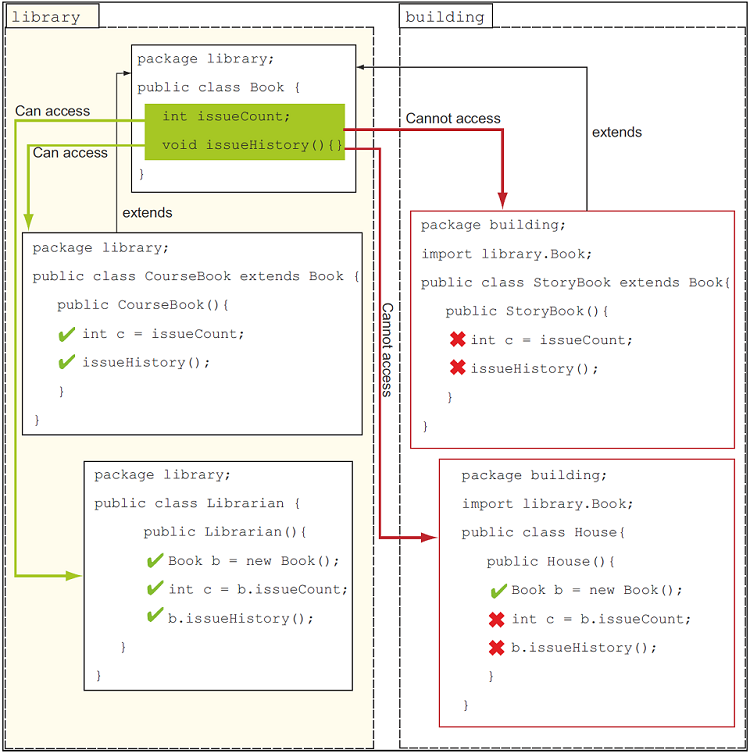 Class House is unaware of the existence of issueHistory()—it fails compilation with the following error message:

What happens if we define a class with default access? What will happen to the accessibility of its members if the class itself has default (package) accessibility?

Consider this situation: Assume that Superfast Burgers opens a new outlet on a beautiful island and offers free meals to people from all over the world, which obviously includes inhabitants of the island. But the island is inaccessible by all means (air and water). Would the existence of this particular Superfast Burgers outlet make any sense to people who don’t inhabit the island? An illustration of this example is shown in figure 3. 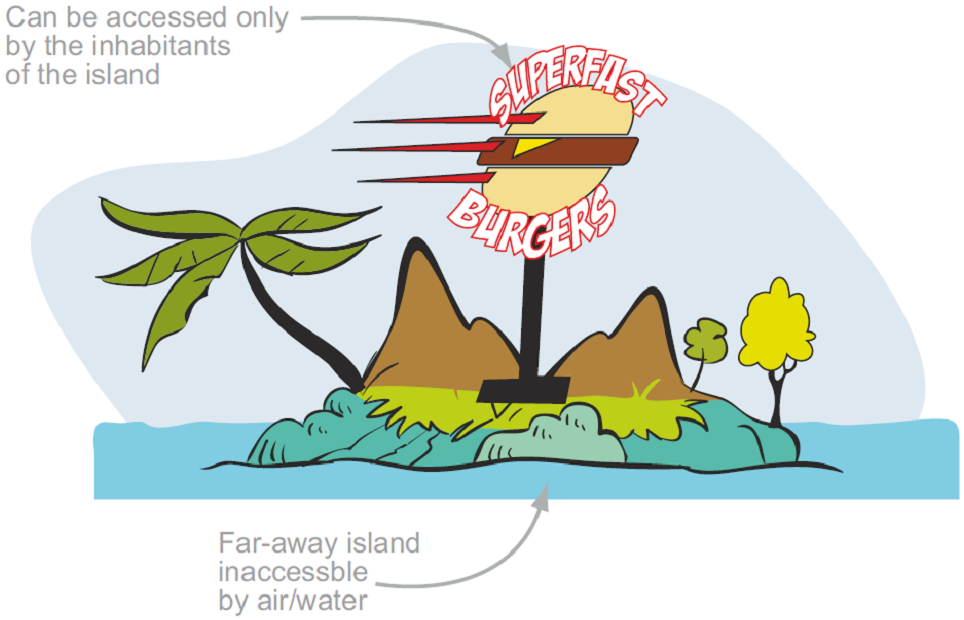 Figure 3 This Superfast Burgers cannot be accessed from outside the island because the island is inaccessible by air and water.

The behavior of the class Book remains the same for the classes CourseBook and Librarian, which are defined in the same package. But the class Book can’t be accessed by classes House and StoryBook, which reside in a separate package.

Let’s start with the class House. Examine the following code:

Here’s the code of the class StoryBook:

#A Book isn’t accessible in StoryBook

Because a lot of programmers are confused about which members are made accessible by using the protected and default access modifiers, the following exam tip offers a simple and interesting rule to help you remember their differences.